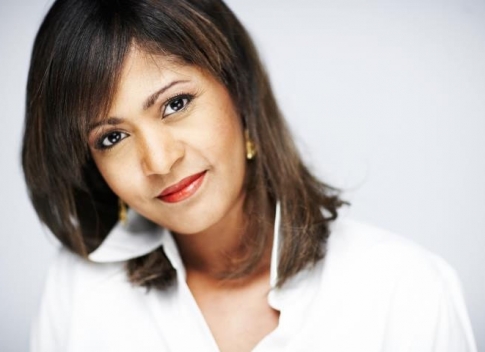 Robinson enjoys a high profile in the Twin Cities arts community including being co-chair of Mosaic, the city-wide arts and diversity festival in Minneapolis. Outgoing mayor RT Rybak appointed her in that role.

As director, Robyne will be responsible for developing both the visual and performing arts programs at MSP Airport, and collaborate with local arts organizations and artists to showcase the best the state and region has to offer to 33 million travelers annually.

After she left the anchor chair in 2010, Robyne Robinson dabbled briefly in politics as the running mate to Matt Entenza who unsuccesfuly ran for governor of Minnesota.

Her last visible role with the Minnesota African community was as master of ceremonies at the 3rd edition of the African Awards which are organized by Mshale.

Jana Vaughn, the executive director of Airport Foundation MSP said the reason Robinson was chosen from among the candidates considered was because of “her ability to guide the direction of this exciting new arts venue and utilize her connections to draw attention to our regional arts community.”

Her immediate focus at the airport might be The MSP Arts and Culture Program, a partnership between the Airport Foundation MSP and the Metropolitan Airports Commission (MAC), owner and operator of the Minneapolis-St. Paul International Airport and six other general aviation airports in the metropolitan area. MAC is in the process of modifying space throughout the airport to display art, which the Airport Foundation will manage. The program aims “to provide international exposure for the local and regional arts community through rotating exhibits, performing arts and commissioned installations”, according to Airport Foundation MSP.

“I am absolutely thrilled to be leading this new effort,” said Robinson. “Minnesota has a strong, diverse arts community. The MSP Arts and Culture program has a wonderful opportunity to showcase our vibrant community of artists and their work to the world.”