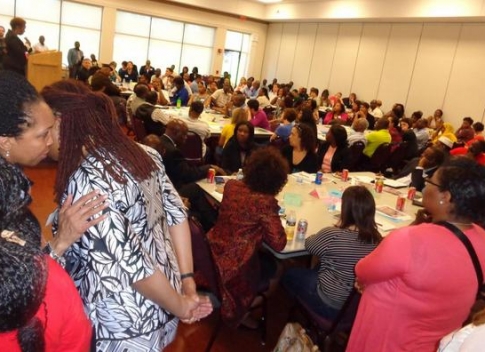 African Immigrant Services, a Brooklyn Park – Minnesota based non-profit, and the reigning Non-Profit of the Year honoree of the African Awards that are presented by Mshale Newspaper,  has received the maximum $200,000 ‘Community Innovation’ grant from the Bush Foundation, the latter announced yesterday. AIS is among 30 organizations that shared a nearly $5 million disbursement from the foundation which has since its founding in 1953 given nearly $1 billion in grants to individuals and organizations.

The Community Innovation Grant program was established in 2013 for community stakeholders to find breakthrough solutions to complex challenges.

The $200,000 grant to AIS is possibly the largest ever given to a non-profit founded by an African immigrant in Minnesota when one excludes entities like the African Development Center (ADC) or  the Neighborhood Development Center (NDC) whose focus is different from the multitude of service-oriented African-founded non-profits in existence.

AIS has had a heightened profile ever since winning the Non-Profit category at the African Awards two years ago. Two high profile initiatives to its credit following the enhanced visibility after the win include an effort to organize parents of color in the Osseo School District which is home to a number of students that have African immigrant parents. AIS also took the lead this year in organizing the Minnesota Africans Against Ebola Task Force that put together information sessions on the epidemic for the community in Minnesota as well as collaborating with the Minnesota Department of Health.

AIS founding executive director, Abdullah Kiatamba, said the grant will improve AIS’s capacity to build on the “successes and breakthroughs of the AISFOTL project.” AISFOTL stands for From Observers To Leaders, an AIS initiative to move communities of colors from having no say in decisions and policies affecting them to being active participants in their formulation. It supports community participants to design and implement innovative action plans across five strategic focus areas: board leadership, educational equity, economic opportunity, elections, and resource information sharing.

Kiatamba in a conversation with this writer said  the project is right now producing racial equity outcomes by “shifting the roles of underrepresented groups from being mere observers to being change agents, stepping up to discover their own solutions and create sustainable impact on issues they care deeply about.”