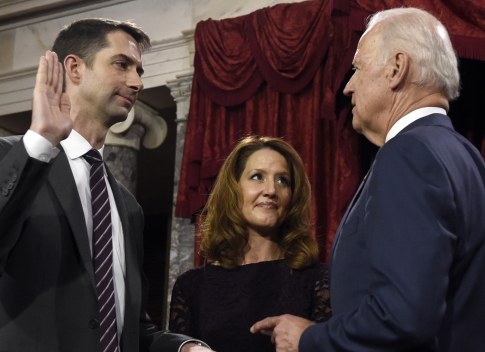 Immigrants still smarting from president Donald Trump’s executive orders banning entry from Muslim-majority countries have a new challenge to contend with. New legislation to be introduced by Trump ally, first term US Senator Tom Cotton, of Arkansas intends to end the popular diversity visa lottery which allots about 50,000 visas a year to countries that have traditionally had lower rates of immigration into the United States.

The legislation, called the Reforming American Immigration for Strong Employment Act or the RAISE Act, would also seek to limit the ability of American citizens and permanent residents (green card holders) to sponsor their families for green cards.

In documentation obtained by Mshale, the most radical aspects of the RAISE Act legislation will be the elimination of preferences for the extended and adult family members of U.S. residents including:

According to Senator Cotton the legislation will reduce overall immigration “by 41% in its first year and 50% by year 10”.

Cotton’s new legislation is expected to be formally proposed today in the senate by fellow Republican, Senator David Perdue of Georgia.

In an op-ed in the New York Times in December, Senator Cotton said: “For too long, our immigration policy has skewed toward the interests of the wealthy and powerful: Employers get cheaper labor, and professionals get cheaper personal services like housekeeping.”

Cotton blames immigration and what he calls a “generation-long influx of low-skilled labor” as being responsible “the downward pressure on the wages of working Americans.” he goes on to say that “wages for Americans with only high school diplomas have declined by 2 percent since the late 1970s, and for those who didn’t finish high school, they have declined by nearly 20 percent.”

Act creates a renewable temporary visa on the condition that the parents are not permitted to work, cannot access public benefits, and must be guaranteed support and health insurance by their sponsoring children.”

It is not clear at this point whether Senator Cotton’s RAISE Act will in anyway increase the number allotted for the H1-B visas from the current allotment of 85,000 per year that Congress has allowed.

Regardless, the RAISE Act will face significant opposition from proponents of legal immigration which include many of the Fortune 500 executives as well as most of Silicon Valley.