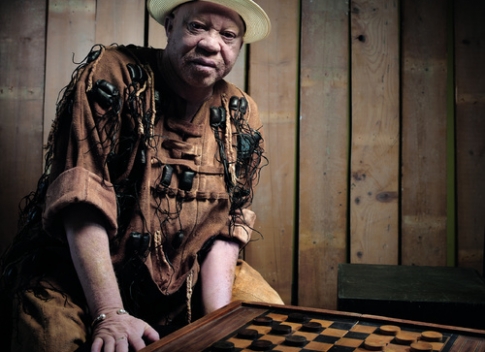 Malian superstar Salif Keïta, ‘The Golden Voice of Africa’ as music fans affectionately call him is set to perform at a Mshale sponsored concert at the Cedar on Wednesday, March 1, as part of the Cedar’s Global Roots music series and a closing out of Mshale’s year long 20th anniversary celebrations.

In a response on his Facebook page responding to a Mshale entry on his timeline two weeks ago, Keita said regarding his Minneapolis concert: “On March 1, I’ll be Singing my greatest hits for the 1st time!”

Twin-cities based renowned soukous player Siama Matuzungidi will open for the legend (Read a previous Mshale story on Siama here).

Keita is one of Mali’s best-known singers for his Afro-pop sound. He has brought traditional African rhythms and instruments to a broader audience. Keita is also an albino and has for many years spoken out on their behalf and the stigma associated with albinism in Africa. In his third album released in 2009, La Différence, he calls on others to understand that “difference” does not mean “bad” and to show love and compassion towards albinos like everyone else: “I am black, my skin is white, so I am white and my blood is black (albino)…I love that because it is a difference that’s beautiful”, “some of us are beautiful some are not, some are black some are white, all that difference was on purpose…for us to complete each other,let everyone get his love and dignity,the world will be beautiful.”

Salif Keita can usually be counted on to deliver an exciting concert blended with superb instrumentation and his famed vocals.

The concert at the Cedar is an ‘Open floor’ meaning you can dance.