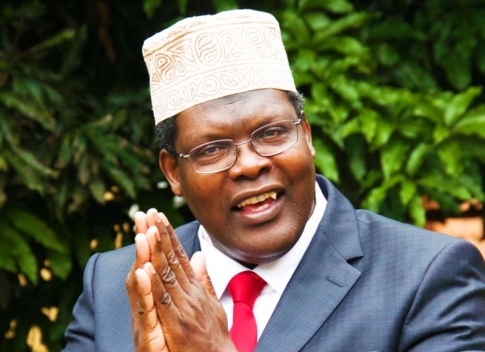 Miguna Miguna, a Kenyan opposition figure is scheduled to give an address to Kenyans in Minnesota on Saturday, March 17 at the City of Brooklyn Park Community Center. The event starts at 4pm with the official program expected to commence at 5pm, organizers told Mshale.

Miguna who holds dual Canadian and Kenyan citizenship was ‘deported’ to Canada by the regime in power in his birthplace of Kenya after he was held in detention for four days for officiating the swearing in of opposition leader Raila Odinga as the “People’s president”. Following a court order to produce him in court, government authorities defied the order and dramatically ‘deported’ him to Canada. He has been on a tour to meet with the Kenyan diaspora and has so far spoken in New Jersey, Washington DC, and Texas.

His visit was planned before last week’s major political event in Kenya where president Uhuru Kenyatta and his erstwhile opponent Raila Odinga announced a Memorandum of Understanding (MoU) to work together, a development Miguna has termed a sellout by Odinga. Kenyatta has been governing under a cloud of illegitimacy since the October 26 elections last year that the main opposition led by Odinga boycotted. Last week’s MoU development came a day after country’s finance minister said in parliament that the country was broke and cannot fund its development projects. The IMF issued a warning last month that the country’s debt levels was approaching “unsustainable levels.” Moody’s has forecast that government debt in East Africa’s largest economy will increase to 61 per cent of GDP in the 2018/19 financial year from 56 per cent in 2016/17 and 41 per cent in 2011/12.

Miguna’s visit to Minnesota will be watched closely as it will be the first public event he will address since the Uhuru-Odinga MoU. His ‘deportation’ has sparked renewed interest in the dual citizenship clause in Kenya’s constitution by its citizens in the diaspora who like Miguna have dual citizenship.

John Makori, chairman of the Minnesota chapter of NASA which is hosting Miguna said they look forward to hearing from him “on the changed landscape” referring to the MoU between Kenyatta and Odinga.

ALERTS: Subscribe to text alerts from Mshale on any late developments to this event: Text KENYA to 24587.