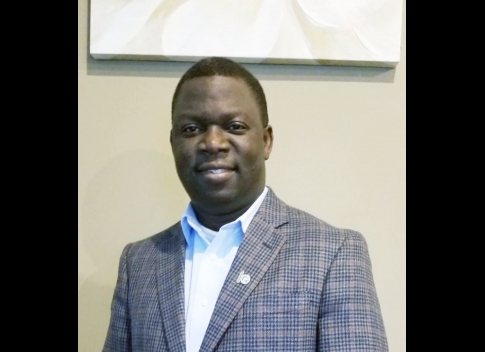 A statement from the governor’s office sent to Mshale announcing the appointment said Mr. Ogungbe’s appointment was based on his expertise in business, finance and administration.

A former senior safety engineer at Mortenson, Ogungbe has served previously as a commissioner on the City of Oakdale’s Environmental Management Commission, a stint that appears to have prepared him for the eventual appointment to the State Academies.

Before coming to the United States, he was a medical officer at Ondo State in Nigeria, experience he now uses to serve as the volunteer medical director for the Minnesota non-profit Mercy International Mission which does medical missions in Nigeria. Mercy International Mission was a finalist in last year’s African Awards in the non-profit category.

“My credentials, areas of expertise, background, and qualifications must have made a mark on, and influenced the governor’s decision. In addition, I believe I had a very good interaction and engagement with the interview panel as I was able to discuss a range of issues that would positively impact the Minnesota State Academies, and I felt the panel was enthralled by my perspectives and persuasions on those issues,” Ogungbe told Mshale during an interview.

Ogungbe said he is a man of faith and therefore returns “all the glory and adoration to God Almighty,” adding that it is an appointment made possible by “a fine blend of the tenacity of the Nigerian spirit with the fecundity of the American spirit.”

He added that he looks forward to a productive tenure on the board and that he would like to look back at the end of his term to find that “the target communities have been positively impacted”.’