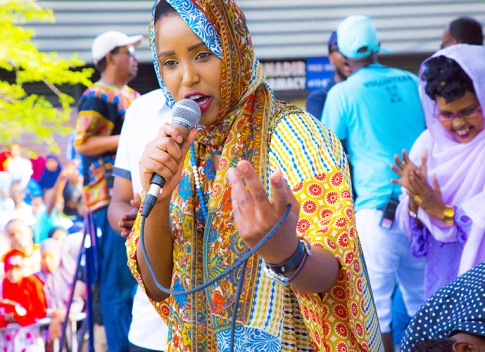 The Twin Cities Somali community kicks off its annual Somali Week with the highlight being the Somali Independence Day festival on Lake Street in Minneapolis on Saturday, June 30. The street festival on Saturday starts at 1pm to 8pm. On that day, Lake street will be closed from Stevens Avenue to Blaisdell avenue.

Organized by the non-profit Ka Joog, the festival will feature entertainment, food, sports and the arts. Free health screenings will be provided and the Somali Museum of Minnesota will showcase some of its collection.

The full entertainment schedule can be found at the Somali Week website.

Somali-American Community Radio will also have a Lake Street festival to celebrate Somali Independence Day on Sunday, July 1 starting at noon to 10pm. Lake Street will again be closed off starting at Blaisdell avenue to Pleasant avenue.

An exciting part of Somali Week is a 17-team soccer tournament featuring nine teams from out of state and eight from Minnesota competing starting on June 29 through the final on July 8. Games will be at Washburn High School at 201 West 49th Street in Minneapolis.

The soccer tournament is the initiative of the non-profit Street Soccer Twin Cities which was founded in 2013 to promote social change by teaching life skills and uniting people through soccer.
More about the soccer tournament being held during Somali Week can be found at this website.