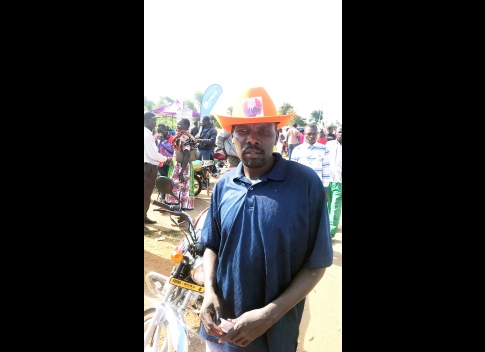 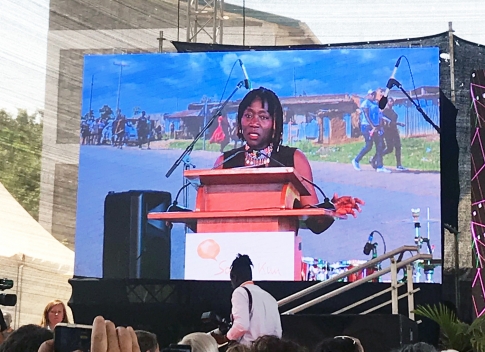 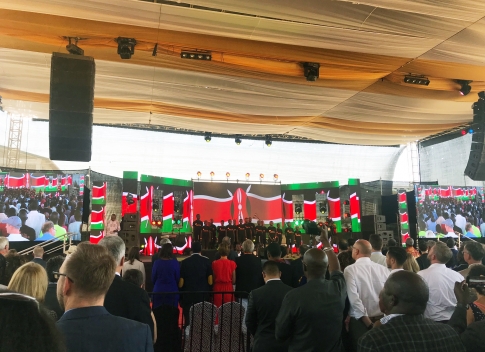 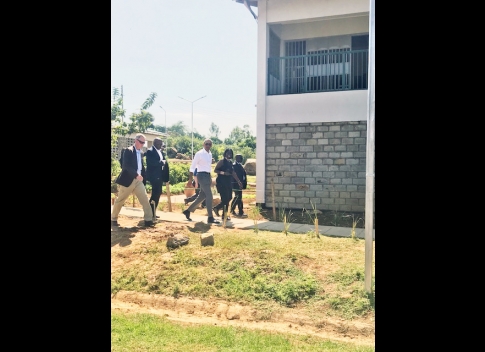 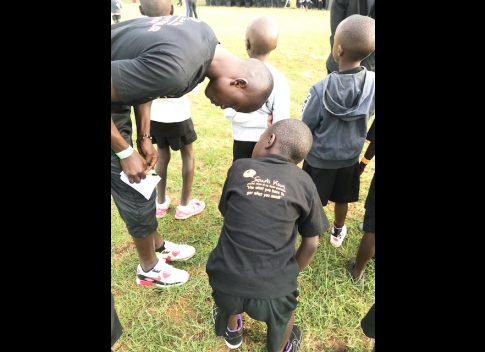 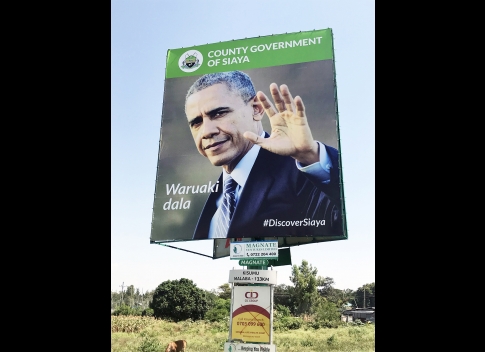 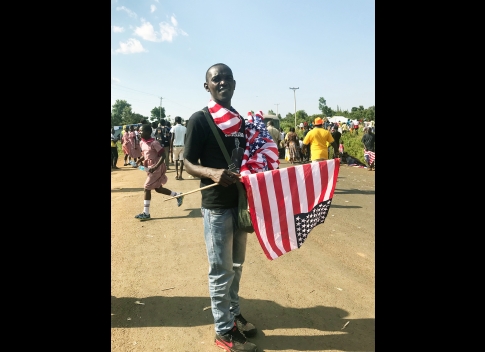 When Barack Obama became the first African American to be elected President of the United States, Kenya, and Africa as a whole, had a lot of expectations. Our continent, many thought, was finally going to get the attention it deserved. For many Africans, that meant channeling U.S. dollars into the continent to fund development projects. The belief was based on nothing but the mere fact that Obama is the son of an African father, who hailed from Kogelo, in western Kenya.

It didn’t take long for Africans to learn that, due to the nature of the American political system, a U.S. president can’t just do as he pleases. In fact, even if he wanted to, it would have been even more difficult for Obama to show any preference to Africa because his election angered many bigots, who could have jumped at any opportunity to delegitimize his presidency. Perhaps for the same reason, Obama didn’t even visit Kenya until late in his second term when he had no political price to pay. But now that he’s out of office, he finally seems to be free to get involved in matters of development on the continent, albeit in a small way.

Obama’s July visit to Kogelo located in western Kenya’s Siaya County showed that his hold on Kenyans remains spell binding. In Kisumu County, billboards dotted Busia Road, the highway leading out of Kisumu International Airport, with images of a smiling, waving President Obama. To the right, on the road heading towards Kisumu, signs and posters by the County Government proudly welcomed Obama to the “lakeside city.” And to the left, towards Kogelo, the County Government of Siaya extended a warm “Waruaki dala,” welcoming Obama home. A shiny stretch of highway, apparently repaved recently and perhaps in anticipation of Obama’s visit, extended all 70 kilometers to Kogelo.

President Obama was in Kenya for the opening of Sauti Kuu Foundation’s sports, resource and vocational training center. Founded by Auma Obama, the former U.S. president’s sister, the center is an impressive multi-million-shilling vocational center. On his fourth visit to the country, Obama arrived as a relative, not an American senator or president on official business. Yes, he met with President Uhuru Kenyatta, and opposition leader Raila Odinga, but the main reason he came to Kenya was to support his sister, Auma, a point underlined in the speech he gave.

“While three years ago my sister Auma introduced me, today I’m fully coming as a brother, as a citizen of the world,” Obama said. “As someone with a connection to Africa, to talk about the importance of what she’s doing. But also, to create a larger context of what’s possible.”

What is possible for the residents of Siaya County is something that Auma, who describes herself as “the heartbeat of Sauti Kuu” (“powerful voices” in Kiswahili), is interested in changing. Like many parts of Kenya, Siaya County remains rural and poor. Through her foundation, Auma has been creating alternative opportunities for Siaya’s youth under the motto, “Use what you have to get what you need.” Through Sauti Kuu, she intends to focus on creating opportunities for youth to remain in the region and end the flight of young people from rural areas. Traditionally, young Kenyan people have fled their rural homes after high school to cities like Nairobi and Kisumu in search of work. Many of them end up failing and spending decades in crowded city slums. The devolution of government, which was stipulated by a 2010 constitution, created semi-autonomous county governments with their own governors and legislatures. That has moved a lot of wealth from the central government in Nairobi, and Sauti Kuu wants to prepare rural youth for the new opportunities becoming available to them. The brand new vocational center, replete with a library, a workshop, an ICT room, a resource center, and a basketball court, is only another facet of Auma’s long-term vision.

“One of the reasons I built this center is because I asked the young people, ‘What would make you stay? Why do you all leave?’” Auma told a crowd of local citizens, and various dignitaries, including the legendary South African singer, Yvonne Chaka Chaka.

“They mentioned all the things they didn’t have and thought they would get in the city. I then explained to them, ‘You won’t get it because in the city if you don’t have the money, if you’re not equipped, you end up in a slum, and in the slum, you get nothing. But what I will do with you, if you work with me, is we’ll try to create those spaces here.”

Auma’s approach towards development in the area is not without its critics, as she herself acknowledged. There is an element of do-it-yourself peppered throughout her vision that brushes over the hardworking yet persistently poor in rural Kenya, one that at times seems to ignore their fraught geo-political and economic realities. Hard work sometimes, just isn’t enough. Her insistence that individuals should strive to lift themselves up has also been seen by some as being anti-Luo because it goes against a culture where collectivity is highly valued.

“I spoke in an interview about the syndrome of gonya gonya,” Auma said.

“And I’m adding to it, konya konya. That means, ‘unbind me, untie me, help me, give me.’ I don’t want my community to be a begging community. I’m not calling the Luos beggars, I’m telling Luos we need to start taking care of ourselves, and it is not difficult, because we can.”

Inside the carefully arranged tent, the crowd cheered. A few people yelled, “Yes We Can!” an echo of Obama’s 2008 campaign slogan. Foreign dignitaries from the various embassies, and from overseas filled the majority of seats in the front rows.

Outside the heavily guarded vocational center compound, thousands of Siaya county residents hoping to see President Obama had camped on the road since morning, held at bay by General Service Unit police officers. The guest list, despite protests and pleas from residents, had been kept to a minimum; a mix of Sauti Kuu parents and children, influential donors and partners, wealthy philanthropists, local government and religious leaders including the governors of Kisumu and Siaya, and friends and family of the Obamas. The former President’s arrival had been carefully executed to avoid both the swelling throng outside and the media circus that follows men like him.

Josephine Awuor Okollo was one of those lucky enough to get a ticket to the event. The mother of four children, all enrolled in Sauti Kuu programs had arrived early. “Nimekuja kuona mkubwa,” she told me. She had come to see the great man. She had not had a chance to see him during his last visit to Kogelo. When Obama finally took the stage, the crowd rose with him. Ululations erupted. From over the fence, the cheers reverberated. Their son had taken the stage. Ever affable, Obama greeted the gathering in Kiswahili and Luo.

In a speech spanning fifteen minutes, Obama reminisced on his first visit to Kenya and Kogelo with Auma by his side. Of his walks in Nairobi, the long talks he had with his sister and their long arduous journey by train and bus to arrive at his grandmother’s home. There, he said, they had to chase their dinner, bathed from an outdoor cistern and found no electricity or running water. For a young Obama, this experience gave him “a sense of satisfaction that no five-star hotel could ever provide.”

“It grounded you and gave you a sense of place that then fortified you for the future.”

The former president went on to recall his other visits to the country, as a young Senator and “as the first sitting American president to come from Kenya.” This part, greeted by cheers from the crowd.

An Obama no longer afraid to associate himself with his Kenyan roots is a gift only afforded after his time in office, which was hounded by persistent claims that he was in fact a Kenyan citizen by birth and therefore not eligible to hold the presidency. Obama spoke glowingly of his sister, her Foundation, and how her own connections to Siaya had made her want to give other young people more opportunities at success. Much like her and her brother had been given.

Touching briefly on the state of affairs of the country, the former president spoke of the progress that had been made since his grandfather’s and his father’s time and the promising dialogue between President Kenyatta and Raila Odinga to peacefully end a political stalemate. But he also highlighted the challenges that remained, particularly when it came to corruption and tribalism which continue to hinder progress in the country. Ever a champion of gender equality, he emphasized the need for the participation of young girls and women in empowerment programs and education. Arguing no one should be left behind. Later, at a ribbon cutting ceremony for the basketball court funded by Giants of Africa, Obama would emphasize gender parity again, stating he wanted to see girls on the court too.

With a huge smile and a presidential wave, Obama’s fifteen minutes on stage came to an end. Ending as he had begun, in Kiswahili, “Mungu abariki Kenya (God bless Kenya)” before being swept away to a VIP lunch. About an hour later, a decoy convoy would speed out the front gate of the Sauti Kuu center and into the waiting arms of the hungry crowd. American flags were waved, herds of people in gear bearing Obama’s face rushed forward, eagerly waving as the convoy whizzed by.

In the sky, farther away, a black helicopter took off, heading towards Kisumu. And just like that, Kogelo’s son was gone. But this time, there is a feeling that he will come back soon.