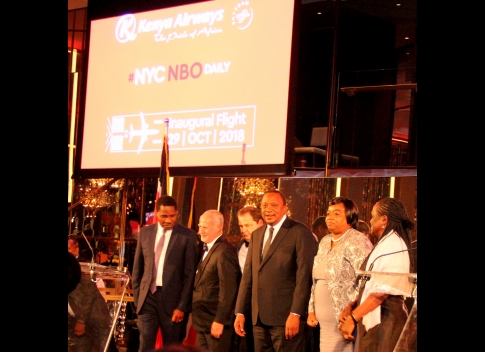 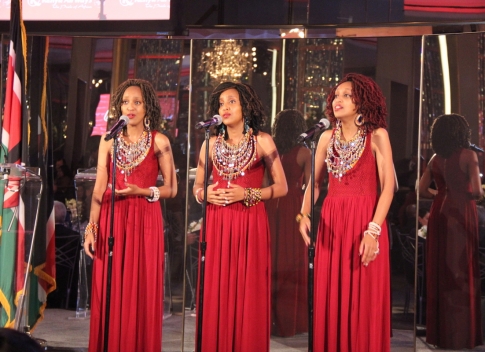 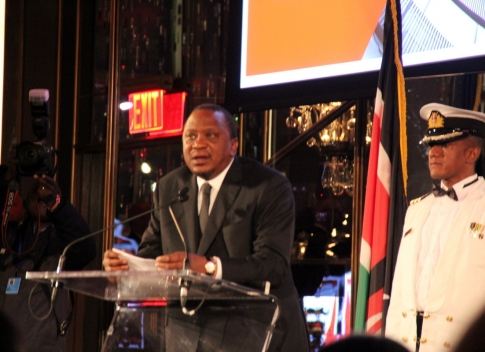 NEW YORK – Kenyan president Uhuru Kenyatta attended the official launch of the much-anticipated Kenya Airways non-stop flights between Nairobi and New York during a dinner atop the Rockefeller Center during United Nations Week.

The dinner, underwritten by Boeing, was held at the Rockefeller Center on the 50th floor overlooking the New York night skyline.

Accompanied by his foreign minister Monica Juma and Transportation principal secretary Esther Koimett, the president underscored the strengthening of ties between the US and Kenya that the new flights will bring. Juma who introduced the president to speak called the upcoming flights as “one of the president’s signature achievements,” adding that the airline is one of “our country’s key diplomatic tools.”

“It has been a difficult road that we have traveled but we can now begin to celebrate the work you have done,” Kenyatta said. “This also marks an opportunity to bring our two countries closer together, and not just from a touristic point of view but two countries that share common values.”

The president pointed out that one of the engineers at Boeing in the Dreamliner project, the airline that will be used for the direct flights, is Kenyan. The flight will be of special benefit to many American countries that have made Kenya their base for serving the African market, the president said. The direct flight will make it easier for them to conduct business between the US and Africa. Foreign mister Juma said in her introductory remarks that “We shall be able to take breakfast in New York and do dinner in Nairobi.”

The president, an Amherst College Class of 1985 graduate and famous for his wit caused laughter as he recalled the tortuous connections he had to make through Europe to get to his college in Massachusetts, which included using a Greyhound bus to the last destination. “But it will be easier for our children now,” Kenyatta said.

As of the time of this writing, the airline, the third largest in Africa, has 40 planes in its fleet serving 53 destinations in over 41 countries in Africa, Asia, Europe, Middle East and the Far East.