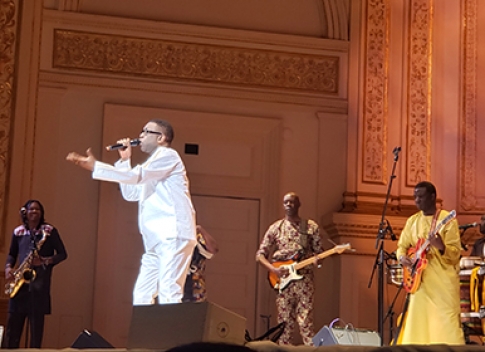 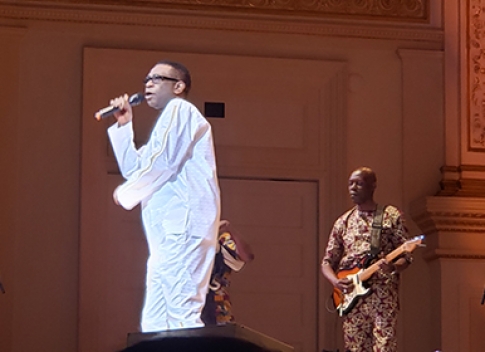 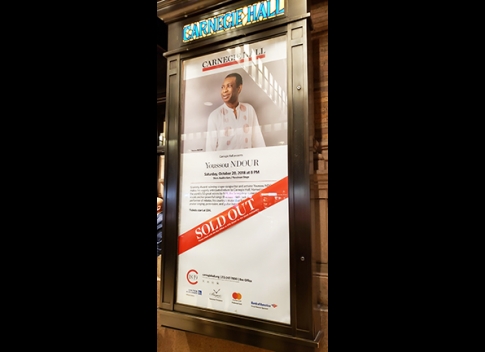 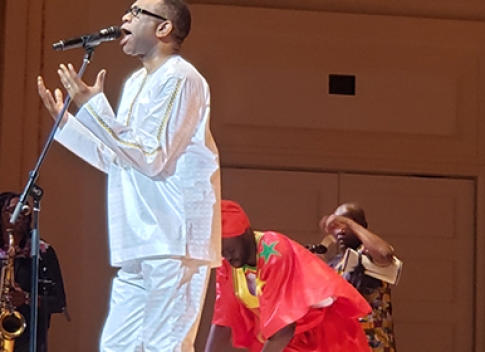 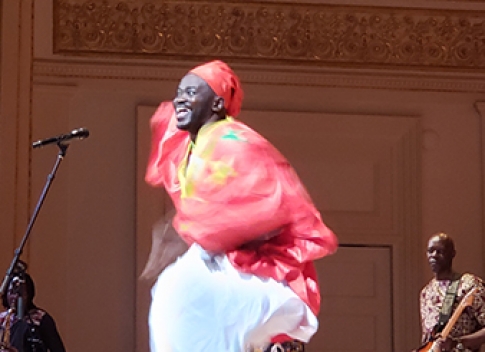 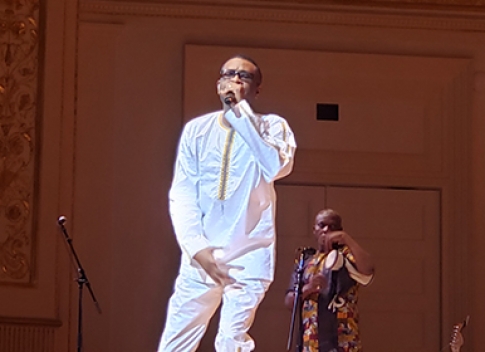 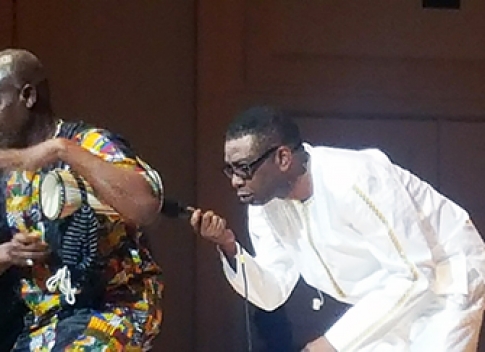 NEW YORK – “A singer with a voice so extraordinary that the history of Africa seems locked inside it” is how Rolling Stones once described Youssou N’Dour. Others just choose to describe him as the ‘Voice of Africa’ and with more than 30 albums including the Grammy-winning Egypt (2005), the singer from Senegal proved on Saturday why such accolades are thrown his way with a spellbinding concert at Carnegie Hall.

“Are you ready for Youssou N’Dour?” a band member asks with the audience answering loudly in the affirmative. The sign outside said the concert was sold out in the 2,800 capacity Stern auditorium, described as the most prestigious concert stage in the country. N’Dour performance was Carnegie Hall’s 2018/2019 season opener and there was no empty seat in sight.

A large turnout of the New York based Senegalese community ensured this was not going to be a typical Carnegie Hall concert. Two songs onto the set an it quickly becomes clear that normal Carnegie Hall protocol will have to be dispensed with as ushers give up asking patrons not to record the performance.

Third song in and almost everyone in the main level is standing up. There are couples, young and old, from many cultures, all moving to the sound of Mbalax. There were suits and then there were Senegalese dressed to the high nines in their traditional attire. N’Dour himself wore a white Senegalese boubou with a gold pattern on the chest and arms.

A young woman seated to my left who has never been to Carnegie Hall stands up after marveling at the stage. She grabs a few shots with her phone and facetimes with a friend and does a few selfies.

“This is so good,” she says. “I’ve never been here before and I paid lots for it.” She says her name is Fatimah and has lived in New York for 15 years. This is her first Youssou N’Dour concert in the US. We were two rows from the stage on the main floor so she was right that she paid a fortune – about $80 if you bought them during the window Carnegie subscribers are given first dibs before the general public and more on the resale market. I tell her I don’t know a word that Youssou is singing but I am a fan. She laughs out loud and continues to sway.

“Oh my God the sound,” my wife says about the acoustics that are Carnegie Hall as we both stand to join in the festive atmosphere as N’Dour ups the ante with Set.

The setlist was varied given the broad catalogue he has compiled over the years. There was the power of the drum that was commanding and present but so was the brilliant percussion that when delivered through the outrageously beautiful acoustics at Carnegie was just a thrill to take in. By the time N’Dour was playing his fifth number, the entire audience was on their feet. Some had made their way from the back to the front, creating a festive party atmosphere.

Given that Mbalax music, which N’Dour sings in Wolof, fuses African, pop, jazz, Caribbean and rock it calls for a varied pace with the set. So at one time, actually most of the time, we will be treated to groovy hits like Set and Happy that kept folks standing and dancing, but along the way he will switch to serious reflective tunes like Africa and the in between like Birima. With sweat pouring down their faces, the reflective tunes gave the revelers some time to cool down.

There was also a dancer clad in a Senegalese flag that was part of the entertainment. He will move from one end of the stage to the other with energetic acrobatics that added some great flavor to the show as N’Dour sang. Him and N’Dour made sure to stay out of each other’s way.

There was one instrument that N’Dour wanted to make sure was heard – the tama. As the tama player feverishly played his instrument, N’Dour went and brought hm to the front of the stage and the music titan then held the microphone to the tama to amplify it for a titillating five minutes that seemed to take the audience to another level given the enthusiastic cheering that followed.

An encore performance turned into a whole show by itself. Fans who shouted for the encore were probably expecting a song or two after N’Dour and his band came back on stage after the loudest calls for an encore I have ever heard. The short break on what was supposed to be the end of the show turned out to be merely an intermission, as N’Dour and his band came back and gave another full blown second half. By the time all was said and done, Youssou N’Dour had played an almost two-hour set.

The concert was surely one for the books.