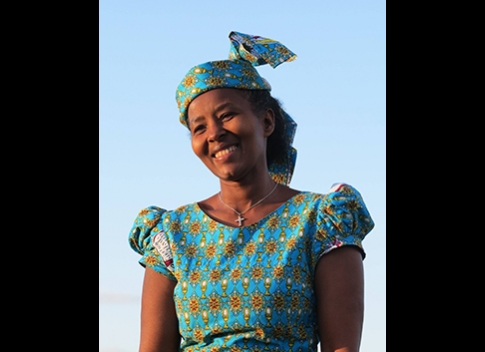 In 1994 over the span of one hundred days nearly one million members of the Tutsi minority group lost their lives to genocide in Rwanda. Denise Uwimana-Reinhardt along with her three sons survived the massacre. After healing from her personal trauma, Uwimana has made it her mission to help Rwandans and those who have been affected by genocide across the globe to find healing. Uwimana is on a mission to spread “love, hope, and reconciliation” around the world with her book titled, “From Red Earth: A Rwandan Story of Healing and Reconciliation”, and her nonprofit organization Iriba Shalom International.  We spoke with the peacemaker about her experience of surviving the organized systematic murder of her ethnic group and the ways that she was able to find healing, peace, and a restored hope in her life.

“After I survived, I was hopeless, deeply traumatized, and disappointed of what happened in Rwanda,” said Uwimana. Arising from the massacre as a widow, she began her healing journey by meeting with a group of women who had also survived the catastrophic event. It was there that Uwimana met with other women and realized she wasn’t alone in her struggles. “I witnessed horrible things,” said Uwimana as she recounted her trauma. As part of the healing process the women would exchange stories with each other and partake in a form of group therapy where they found comfort in conversation and each others company. “We exchanged our suffering, we exchanged what we experienced… Some [women] where raped, infected with HIV, [and] beaten. We [had] lost our hope we did not know how we could live” said Uwimana. The group of women would meet at night for fear of potential on going slaughters. Uwimana describes her faith as a great source of strength during and after the genocide, “God told me he will protect me… I said to God I will tell the world there is a God and I will encourage others”.

It was in Rwanda that she began her now German based non-profit organization, Iriba Shalom International which she manages alongside her husband, Wolfgang Reinhardt. Iriba, which means ‘wells spring’, works with both former Hutus and Tutsis (ethnic identification is illegal in Rwanda) to foster the work of forgiveness and reconciliation. The group supports and promotes children’s literacy and education, helps HIV victims obtain medication, covers medical insurance policies for a number of people and helps disabled individuals receive the necessary tools they need. Iriba Shalom also constructs homes for widows, provides livestock to families in need and has been able to connect individuals who have lost their families to genocide with new ones by building meaningful and trust filled relationships. These connections transcend former ethnic affiliations and promote love and forgiveness amongst each other.

In her latest book, Uwimana wants to spread the message of forgiveness and reconciliation around the world. She greatly sympathizes with individuals across the globe who are suffering from genocide. When speaking of her motive in writing the book Uwimana said, “what inspired me the most it was to keep the history for the sake of my people who were killed in the genocide and to spread the message of healing of the genocide”. Looking back as a survivor, Uwimana states, “I have a new perspective of life to be a witness of hope and reconciliation with action”.

The Minneapolis Central Library will be hosting Denise Uwimana on Wednesday May 15 at 6pm for a special program. Uwimana will share her testimony, discuss Rwanda’s history, and discuss the work she continues to do in her native Country.Admissions are free but pre-registration is required. Details below.