helen - November 20, 2007 0
It's Saturday night and I've just walked into Blue Nile Restaurant. Bebe Cool, Uganda's talented Ragga artist will be performing later tonight, and I have no notion of what to expect. At the moment, DJ Kevo from Kenya is at the turntables enticing the crowd to the dance floor.

MINNEAPOLIS – A top University of Minnesota official in charge of reaching out to underrepresented communities said today that the institution was far from achieving its goal of a diverse student body, faculty and staff, and appealed to ethnic media to help.

MINNEAPOLIS – The wife of Democratic presidential aspirant Barack Obama urged a group of community organizers in Minneapolis Wednesday to step up their campaign to educate people on the importance of participating in the political process.

Milele: Musicians with a Cause

helen - November 7, 2007 0
While at a Christian retreat, in Kenya in 1988, Christian Mungai, Harry Mwaura Kiiru, Kanjii Mbugua and Kaima Mwiti met and struck a friendship. Unbeknownst to them, ten years later in California, this friendship would lead to the birth of "Milele" (Swahili for Forever), a gospel singing group and set them on a journey of performing and ministering around the world.

Sand From the Desert: Prodigy Journey from Addis Ababa to Minneapolis

Julia N. Opoti - November 6, 2007 0
MINNEAPOLIS – It is obvious when listening to Yohannes Tona’s compositions that he draws his music from everywhere. Born into a gospel musical family in Shashamane, 150 miles from Addis Ababa, Yohannes has wanted to play the guitar for as long as he can remember. His late father was an organist, while his mother was a renowned gospel vocalist. Apart from gospel music, his other influences growing up were traditional Ethiopian music, reggae and beats from West Africa.

snow - November 6, 2007 0
Yawo Attivor is a name Minnesotans and, more importantly, Africans residing in Minnesota, should be familiar with. He has been based in our very own backward for the better part of a decade, and has been known to pull off some of the most vivacious musical displays the Twin Cities has heard or seen. Therefore, it was with a heightened sense of anticpation that I entered The Cabooze on Thursday the Oct. 12. 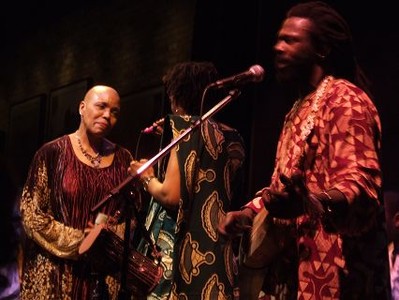 Swallehe Msuya - November 6, 2007 0
Abdurahman Ali Osman, a peace-activist and businessman in Minnesota, has announced plans to go back to his native Somalia to vie for the vacant post of Prime Minister following the resignation of Ali Mohamed Gedi at the end of October.

Abdiaziz Ahmed - November 6, 2007 0
MINNEAPOLIS – A group aspiring to take up the leadership of the Organization of Liberians in Minnesota (OLM) in the forthcoming elections has called for the immediate amendment of the association’s constitution to allow it operate as a non-profit body.

Cervical Cancer: What you need to Know

mshale29 - November 6, 2007 0
Cervical cancer is cancer in the cervix. Each year an estimated 11,150 women in the United States will be diagnosed with cervical cancer and about 3,670 of the patients will die from it. Cervical cancer used to be one of the most common cancers, however in 1955, the number of deaths resulting from cervical cancer declined. This was due to a new procedure called the Pap test, which detects early cervical cancer cells. Statistics from the Minnesota Department of Health indicate that 168 new cases of cervical cancer were diagnosed in 2004 in the state, with 52 deaths that year. 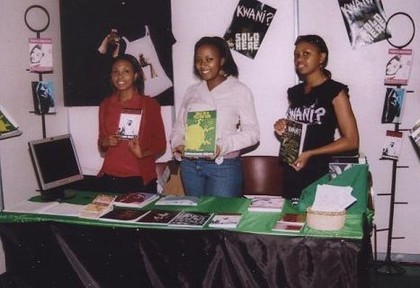 moraa - November 6, 2007 0
The Nairobi International Book Fair has come a long way covering various milestones in the ten years of its existence.
12Page 1 of 2