Susan Budig - March 26, 2008 0
Spread out on the tables at Nomad World Pub on the West Bank of Minneapolis are candy cigarettes alongside tattoos for the Minnesota Historical Society, pens and a keychain.  Lying underneath these trinkets is literature for mnSpin, Summit Brewery, and mnartists.org, a project of the McKnight Foundation and the Walker Art Center.

The organization of Liberians in Minnesota (OLM) held a customary inaugural dinner and ball this past Saturday at Cedar's Hall in Minneapolis. The ball which started with guests arriving at 5:30pm was in honor of now OLM President Kerper A. Dwanyen. Dressed in beautiful gowns, suits and traditional wear, OLM Board members, the Vice President Andrew G. Tehmeh, Tribal Elders and President Kerper Dwanyen walked the red carpet into the hall where those gathered applauded in warm welcome. 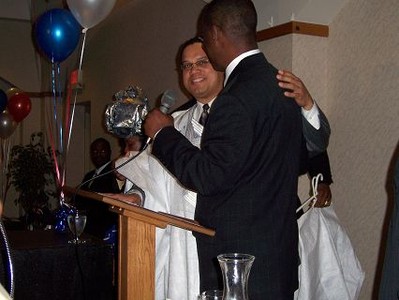 morris - March 13, 2008 0
MINNEAPOLIS – Rep. Keith Ellison, the first African American from Minnesota to be elected to the U.S. Congress, challenged Liberians in the state to run for political office.

Ellison was speaking Saturday at The Cedars Hall in Minneapolis, during the Inaugural Ball of Kerper Dwanyen as the 20th president of Organization of Liberians in Minnesota.

none2 - March 7, 2008 0
The post-election violence was fueled in part by outrage resulting from President Mwai Kibaki’s failure to honor a similar accord with opposition leader Raila Odinga that led to Kibaki’s election in 2002 as Kenya’s third head of state.
NAIROBI, Kenya – A few days before Kenyan President Mwai Kibaki and his main opponent Raila Odinga signed the Feb. 29 agreement to share power, it looked as if the country was closer to returning to the post-election ethnic violence that had claimed the lives of more than 1,000 people and left hundreds of thousands more wounded and displaced. 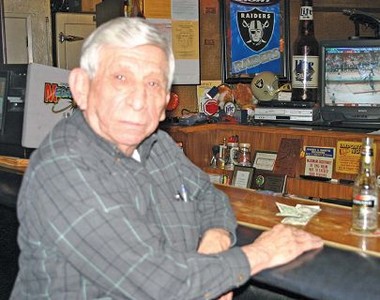 As small businesses struggle with tough economic times, Graham Kigo’s fortunes have taken a 180-degree turn and he is ‘finally making money’ because he has reached out to his neighbors.

HAYWARD, Calif. – Just over a year ago, Graham Waweru Kigo was contemplating quitting his bar and entertainment business after five years of barely staying afloat. Kigo had entered the business with – not experience or training – but a lot of emotion and flawed math.

shailja - March 7, 2008 0
Yesterday, Kenya's 10th Parliament convened formally, to implement the Harambee House Accord. Kenya's urban middle classes bask in the justified relief of our country being pulled back from the very brink of civil war. But the 600,000 Kenyans living in appalling destitution in IDP camps have nothing to celebrate.

Susan Budig - March 6, 2008 0
Liberian rapper, Z-PLUS, is among the musicians who will compete and showcase their talents.

Reaching into the masses and pulling out winners is what mnSpin, the annual competition and showcase of Minnesota artists, hopes to do this year.  Well on their way, each week since Jan.14, they’ve posted on-line a trio of songs from a raft of submissions for this first quarterly music contest.