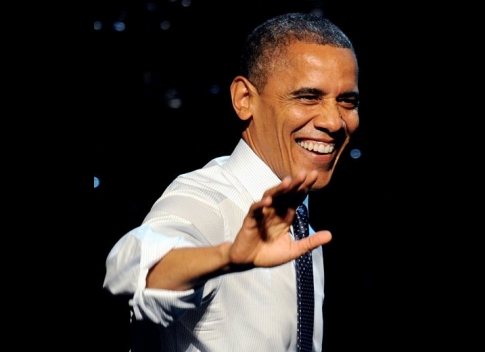 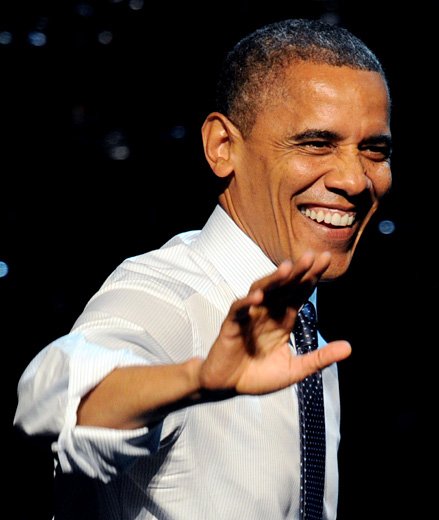 For a year I have been telling people that the 2012 presidential contest is far more important than the 2008 election. Yes, in 2008 America elected its first African-American president in Barack Obama. This was a profoundly historic achievement no matter how you figure it. But that outcome, to borrow some apt social science jargon, was over-determined.

Say what? Here’s why: George W. Bush was a lame duck incumbent in 2008. No matter what, he was out. The sense was endemic that Bush’s was a failed presidency, involving a deeply polarized nation, two misguided wars, the massive incompetence and indifference seen in Katrina and an imploding economy. In such a context, a Democrat, any Democrat, was expected to win.

And, indeed, virtually all of the arid econometric models that forecast elections predicted a Democratic victory, with roughly 53 percent of the popular vote. This is exactly what Obama got — even as an African American claiming a major party nomination for the first time in the history of the nation.

Why does 2012 matter more? This election is about who controls the terms of an unfolding future. Bush and Republicans were out of power with certainty in 2008. Republicans committed themselves to making Obama a one-term president, partly on the premise that his success was merely a reaction against Bush’s particular failures, not a repudiation of the Republican agenda or, at a deeper level, of the ideas and people who would drive the direction of American politics. The outcome of the 2012 election is about telling them they’re wrong!

Let’s be honest, Republicans ran a campaign of retrenchment. The party, despite an effort by Mitt Romney and Paul Ryan to claim more moderate positions in the final days of the campaign, ran on the most backward-looking party platform in some time. The party of Romney chose to favor the powerful and privileged, inequality and intolerance, whether the issue was the undocumented among us and how to deal with immigration; abortion and women’s rights; the rights of gays and lesbians; or whether our tax code should continue to privilege the rich and powerful or call for them to carry a greater share of the tax burden.

This election, therefore, is an inflection point. It is the consolidation, first and foremost, of a multiracial progressive Obama coalition that is now the dominant electoral force in American national politics. Republicans will never again, so long as their policy agenda remains as it is, command a winning national coalition. Too many fundamental social trends run against it. A mix of more progressive white voters, especially white women, African Americans, Latinos, Asians and other people of color, now sets the national agenda.

This is why the Karl Roves, the Grover Norquists and the lunatic Donald Trumps of American politics are apoplectic in rage and disbelief. They do not want to accept that the basic makeup of the electorate does not and will not again sustain their agenda and their claims to power. People who have different outlooks and who look different from them are now going to set America’s policy agenda. And that is a good thing.

It is an inflection point because the demographic trends that disadvantaged the Republicans are clear and not changing, and because of the broad dimensions of the Obama victory. Obama carried most of the coveted and hotly contested “swing” states. He did far better in states like Florida and North Carolina than anyone expected. Meanwhile, in Congress, Republican Scott Brown went down in defeat against Elizabeth Warren, one of the most unambiguously liberal voices to seek a U.S. Senate seat in years.

It is inflection point in the arc of history because an African-American president was re-elected even though unemployment was at nearly 8 percent, and Republicans threw absolutely everything at him it was possible to throw, from “You lie!” to their vow to make him “a one-term president,” to driving the nation to the brink of financial insolvency rather than negotiating in good faith over the national debt. Most importantly, in terms of the economy, it is difficult to imagine a set of economic circumstances more favorable for a Republican challenger. And yet they lost, and lost convincingly. Obama and the Democrats are now firmly in charge, despite Republicans’ edge in the U.S. House of Representatives.

The 2012 presidential election was about the direction of social policy across a whole host of critical issues: the economy, taxes, education, health care, the rights of women, the standing of immigrants and the position of gays and lesbians. It was a choice between trying to hold desperately on to a past that is clearly gone or moving confidently into an uncertain future that we all know, in our hearts of hearts, is the destiny of a great, but changing, nation. It was a vote in favor of Barack Obama and what he has been trying to do for four years. It was a vote, as President Obama put it, that gives new meaning to “the bonds that hold together the most diverse nation on Earth.”

Give Mitt Romney credit. In the end, his concession speech was gracious and high-minded. As he said, no doubt to the chagrin of many ideologues in his own party, “This election is over.” And he rightly called for an effort to “reach across the aisle to do the people’s work.”

This moment will also be an inflection point in terms of race relations, quite frankly. I say this not because Obama will suddenly pursue an agenda more openly advancing the concerns of black Americans in particular. No. Obama has proven that a black man can rise to the most extraordinary challenges our political process can put before a president and convince a clear majority of the American people to continue to stand with him. This success at being re-elected means far more for deep, transformative change in race in American culture than his 2008 victory, though, of course, 2012 would not be possible without 2008.

Many of us — everyone I know — have been anxious and worried for weeks on end. I stopped watching the news and listening to the radio two weeks ago. That’s how nervous I’ve been. Thankfully, as President Obama put it in his victory speech: “A long campaign is now over.” History just took a decisive turn, I believe. The full meaning and breadth of that turn will depend on continuing the work this electoral outcome symbolizes.

America is, decisively, headed forward, not back. And that is a very good thing indeed.

Lawrence D. Bobo is the W. E. B. Du Bois Professor of the Social Sciences at Harvard University.