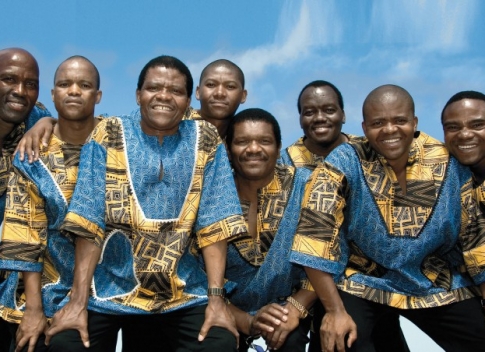 Group will perform at the Ordway in St. Paul on February 9

South African traditional choir Ladysmith Black Mambazo tied with the Gipsy Kings for a Grammy win in the Best World Music Album category at the 56th Grammy Awards in Los Angeles on Sunday, January 26, during a live telecast on CBS. This is the group’s fourth Grammy win.

The album that won them this year’s Grammy Live: Singing For Peace Around The World was dedicated to the late Nelson Mandela and when the album was released, the group had promised sales of the album sold on its website will go to the late Mandela’s charity the Nelson Mandela Children’s Fund.

ladysmith Black Mambazo gained global prominency in 1986 when it collaborated with Paul Simon in the Graceland album which also won a Grammy.

Gipsy Kings tied for the Grammy with their Savor Flamenco album. The group is from Southern France and sings in Spanish.

Also nominated in the Best World Music Album category were Nigeria’s Femi Kuti for No Place For My Dream and Indian-born Ravi Shankar for The Living Room Sessions Part 2. Shankar did the recording for the album at his California home in 2011. He died in 2012 at the age of 92.

Ladysmith Black Mambazo are scheduled to perform at the Ordway in Saint Paul, Minnesota on Sunday February 9.