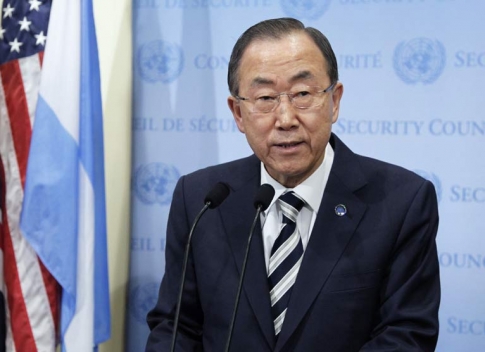 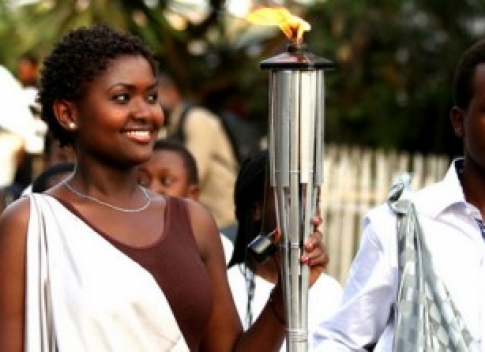 Ahead of the twentieth anniversary of the genocide in Rwanda, Secretary-General Ban Ki-moon today honoured the launch of “Kwibuka 20,” a series of events commemorating the tragedy, and urged the international community to do more to fully internalize and implement the lessons learned from the killings of 800,000 people in 1994.

“We must speak out forcefully whenever communities are threatened by mass atrocities or their precursors,” Mr. Ban said in New York ahead of the official observance of the Day on 7 April.

He described the collective failure to prevent atrocities in Syria over the past three years as a “shameful indictment of the international community.” He also noted the “worrying trends” of rising bias against groups of people in Europe and elsewhere, and the establishment of an inquiry to probe human rights violations in the Central African Republic.

The theme for Kwibuka 20 is “Remember, Unite, Renew,” aiming to remember the people murdered in Rwanda, draw inspiration from the ability of the Rwandan people to unite and reconcile, and marvel at their determination to renew their country.

“Twenty years after the tragedy, many challenges remain and the country still needs strong support from the international community to assist victims in areas such as housing, healthcare, welfare or education,” said President of the General Assembly John Ashe, who was also participating in the launch.

The audience included Eugene-Richard Gasana who is the Rwandan Minister in Charge of Cooperation and Permanent Representative to the UN, and Jean-Baptiste Rudatsikira, President of the Rwandan Community in New York, New Jersey and Connecticut.

As part of this year’s observance of the anniversary, the Kwibuka Flame of Remembrance has been on a nationwide tour since 7 January. The flame, which symbolizes remembrance as well as the resilience and courage of Rwandans over the past 20 years, is carried in a simple lamp and lights other lamps in communities around Rwanda.

It will return to Kigali on 7 April where Rwandan President Paul Kagame will use it to light the National Flame of Mourning and start the national mourning period.

Last May, Mr. Ban visited the Gisozi Genocide Memorial in Kigali, where he said the UN had played a key role in helping Rwanda recover by establishing the International Criminal Tribunal for Rwanda (ICTR) set up to bring justice to perpetrators of the massacres.

“I was moved to tears by the enormity of the violence that targeted a range of Rwanda’s people – Tutsis, Twa, moderate Hutu and others,” Mr. Ban said remembering the visit.

Nearly one million Rwandans were massacred by militia and Government forces over a period of just 100 days. This occurred despite the existence of the Genocide Convention of 1948, which makes it a crime to commit genocide.

Calling the lack of response to the genocide “an epic failure,” Mr. Ban noted that the international community has since learned important lessons.

“We know more keenly than ever that genocide is not a single event but a process that evolves over time, and requires planning and resources to carry out,” he said. “As chilling as that sounds, it also means that with adequate information, mobilization, courage and political will, genocide can be prevented.”

Among the actions the UN is taking to prevent genocide, Mr. Ban created the “Rights up Front” Action Plan to strengthen the Organization’s ability to prevent large-scale violations of human rights, including the imperative for an early response to the risk of mass atrocities and the realization that prevention is a common responsibility of the entire UN system.

Launched in December 2013, the Plan includes training for UN staff on the world body’s core purpose of promoting respect for human rights; providing Member States with the information needed to respond to human rights violations; and ensuring that UN personnel around the world are more attuned to situations where there is a risk of serious human rights abuses and are equipped for the responsibilities that such potential crises entail.

Speaking at an event at the UN headquarters in January, Deputy Secretary-General Jan Eliasson urged the international community to never forget the collective failure to prevent the Rwandan genocide.

“Repeating the phrase ‘never again’ is in itself a sign of continued failure,” he said.