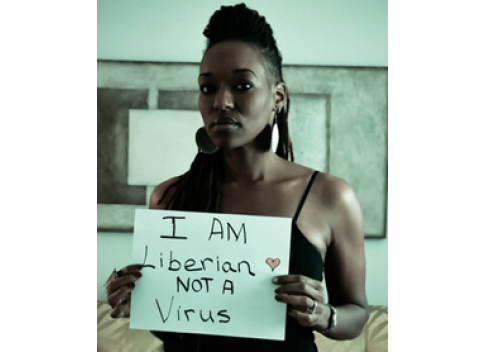 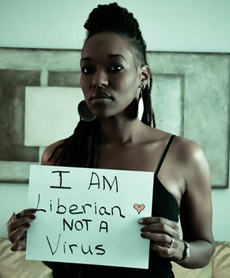 “I am a Liberian, not a virus.” That’s the loud and clear message of a campaign launched online by a group of Liberian women who refuse to be shamed by thoughtless outbreaks of rejection and cruelty that link African people with the epidemic that has taken thousands of lives.

“If I am Liberian, that doesn’t mean that I have Ebola,” Carolyn Woahloe, a registered nurse, told the Los Angeles Times. “This is not a Liberian problem. This is a world problem.”

Misinformation about the virus has sparked fears around the country and around the world, prompting some national leaders to deny visas to West Africans despite medical guarantees that this was unnecessary and unsafe. As with the AIDS virus in the early days, Africans have been singled out for slurs and rejection even when they present no threat at all.

In Texas, for example, Liberians living in the Dallas area where the first Ebola death was recorded were taunted with “Go back to Liberia.” Students from Rwanda were ordered to stay away from a New Jersey school where they were enrolled. An Oregon high school canceled a planned visit by 18 African students – all from countries untouched by Ebola – citing a “fluid” situation on the continent.

In response, Shoana Clarke Solomon, a Liberian photographer and TV host, created a hashtag “#IamaLiberianNotaVirus,” (I am a Liberian, Not a Virus) that quickly went viral.

“We are Liberians, Sierra Leoneans, Guineans and Nigerians. We live in a region that has been devastated by a deadly disease, but we are not all infected,” she said.

“It is wrong to stereotype and stigmatize an entire people. Remember we are human beings.”

Her message was echoed by singing sensation Angelique Kidjo from the West African nation of Benin who found a jeering comment posted on her Facebook page when she announced her concert this week at Carnegie Hall honoring the late South African singer Miriam Makeba, known widely as Mama Africa.

They wrote: “Instead of mama africa it should be mama ebola” and “I wonder if she is bringing any Ebloa [sic] with her?”

“Overnight it seems that all the naïve and evil preconceptions about Africa have surfaced again.” Kidjo wrote on the op-ed page of The New York Times. “Ebola has brought back the fears and fantasies of Africa as the Heart of Darkness and the fear-mongering about the disease threatens to reverse decades of progress for Africa’s image.”

“Stigma is bound to happen,” added Clarke Solomon, “especially when people don’t take the time to learn the facts.”

Still, she said, “I am also grateful for the media. It’s bringing much-needed attention to Liberia and other countries that need help with ending this epidemic. Without press coverage, this situation would be far … worse.”