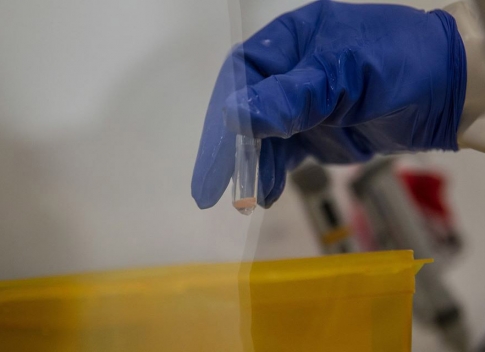 The World Health Organization (WHO) announced today that it will begin conducting Ebola vaccination trials in Guinea this week, which if found effective, could be the “game-changer to finally end the epidemic” that has affected nearly 24,000 people, mostly in West Africa.

“We have worked hard to reach this point,” WHO Director-General, Dr. Margaret Chan, saidin Geneva.

“There has been massive mobilization on the part of the affected countries and all partners to accelerate the development and availability of proven interventions,” she continued. “If a vaccine is found effective, it will be the first preventive tool against Ebola in history.”

Based on promising data from initial clinical trials in late 2014, WHO said it will launch a Phase III trial in Guinea on 7 March to test the so-called VSV-EBOV vaccine for efficacy and effectiveness to prevent Ebola in collaboration with the Health Ministry of Guinea, Médecins Sans Frontières (MSF), Epicentre and the Norwegian Institute of Public Health.

WHO said the vaccination will take place in areas of Basse Guinée, the region that currently has the highest number of cases in the country.

The announcement came as the agency, in its latest update on Ebola, reported 132 new confirmed cases had been reported in West Africa in the week to 1 March, an increase from the previous week of 99 new cases.

Liberia reported no new confirmed cases this week, the first time since the week of 26 May 2014, but the weekly number of confirmed cases has increased in both Sierra Leone and Guinea, according to WHO.

Transmission remains widespread in Sierra Leone and Guinea, and the agency also reported a marked increase in case numbers compared with the previous week. Unsafe burials continue to occur in both these countries.

Assistant Director-General Marie-Paule Kieny, who leads the Ebola Research and Development effort at WHO, said: “An effective vaccine to control current flare-ups could be the game-changer to finally end this epidemic and an insurance policy for any future ones.”

Explaining the trial strategy, WHO said it involves the identification of a newly diagnosed Ebola case – the “index case” – and the tracing of all his/her contacts. The contacts are vaccinated if they give their consent.

“The objectives of the trial are two-fold: to assess if the vaccine protects the contacts who were vaccinated and if vaccinating the contacts will create a buffer – or ring – of protected individuals – around the index case to prevent further spread of the infection,” WHO said.

“Vaccination will also be proposed to frontline workers in the area where the trial will take place,” the agency added.

Since September 2014, according to WHO, the two most advanced Ebola vaccines have been evaluated in about 15 countries in Africa, Europe and North America.”

“The VSV-EBOV vaccine was selected for the planned trial based on a framework of parameters developed by the WHO Scientific and Technical Advisory Committee on Ebola Experimental interventions,” it said. “Criteria included acceptable safety profile, induction of appropriate immune responses, including neutralizing antibodies, and the timely availability of sufficient supplies of vaccine doses.

WHO, the UN Children’s Fund (UNICEF), the U.S. Centers for Disease Control (CDC), the Bill and Melinda Gates Foundation and vaccine alliance GAVI are collaborating with the affected countries to develop plans and strategies for large-scale introduction, should this be needed.

WHO said the vaccines’ manufacturers have assured that enough vaccine will be available in the coming months and that financial resources are in place to procure and make vaccines available in the affected countries.