Home News Senator Franken headed to Ethiopia to discuss plight of the Oromos and... 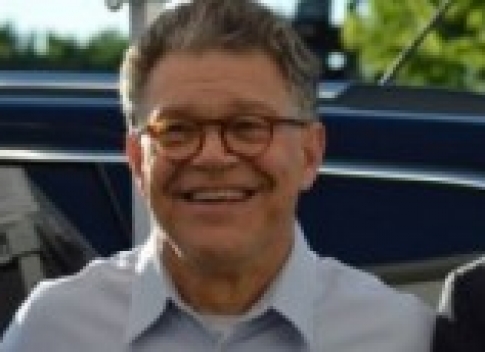 United States Senator Al Franken is among a delegation of bi-partisan US senators and congregational members visiting five African countries in a bid to bolster and foster bilateral trade ties, a statement from the senator’s office in Washington stated. The trip starts this weekend.

Countries to be visited by the delegation include Senegal, Ethiopia, Rwanda, and Gabon, with a brief stop in Cape Verde.

Franken’s state is home to the largest concentration of Somalis outside of Africa and he plans to
meet with Somali refugees while in Ethiopia which hosts a large contingent of them, second only to Kenya. The state of Minnesota also boasts the largest concentration of Ethiopian immigrants after Washington, DC with the most dynamic of the Minnesota Ethiopians belonging to the Oromo community.

The Oromos have had longstanding grievances against the Ethiopian government regarding
marginalization of their community. While in Ethiopia, Senator Franken is scheduled to discuss their plight with Ethiopian government officials, according the senator’s spokesman, Michael Dale-Stein.

During the trip, Sen. Franken will be visiting renewable energy projects, agriculture projects, and health care facilities. Democratic Senator Chris Coons of Delaware is the organizer of the trip.

The other Minnesotan in the delegation is Rep. Betty McCollum. Others on the delegation include Sen. Jeff Merkley (D-Ore.), Rep. Kay Granger (R-Texas), and several other members of Congress.

“With Minnesota being home to so many vibrant African immigrant communities, collaborating with these countries could help support many Minnesota industries—including our agricultural and energy sectors—and would help us build bilateral trade relations,” said Sen. Franken. “Beyond that, this bipartisan trip is particularly important to me because I’m planning to meet with Somali refugees and also discuss the crisis facing the Oromo people, which are both things that many families in our state deeply care about.”