About 50 people including the Minnesota Democratic Party’s Civic Engagement Director and the Liberian Consul General in Minnesota, crowded the City of Falcon Heights Council Chambers on Wednesday for the swearing-in ceremony of Yakasah Wehyee, the city’s first Liberian born Council member. The University of Minnesota’s St. Paul Campus and the sprawling Minnesota State Fair are located inside Falcon Heights.

Yakasah Wehyee was the top vote getter in a race to fill two open seats in the council last November that attracted three candidates. He garnered 44.4% of the vote to win one of the two seats. Voters also chose Kay Thomas who is legally blind to take the other seat. She was sworn in alongside Wehyee on Wednesday but the small crowd that was present was there for Wehyee who got the most applause and the customary African ululation to signal a joyous occasion.

In Falcon Heights’ nearly 71-year history, Yakasah Wehyee is the first African immigrant to be elected to its Council. The 28-year-old is a PhD student at the University of Minnesota.

“I am so proud of all my children,” said Vicky Wehyee, mother to the new councilman. She added that she was not surprised when he said he will run for City Council as he was “always acting mature for his age.” His wife Esha said he had contemplated waiting to run after he completes his PhD “but I told him to just do it now.”

The DFL’s Oundo told Mshale after Wehyee’s swearing in that the diversity the African immigrants are bringing to the elective posts they have recently assumed is a good thing for Minnesota.

“We continue to work hard at the DFL to ensure that all communities have elected officials that are representative of those who live there,” said Oundo. 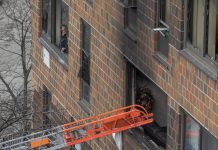 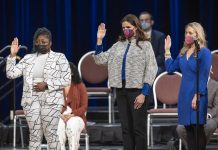 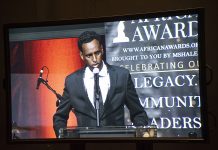