Hollies Winston and Lisa Jacobson have advanced in the special primary election to elect a new mayor for Brooklyn Park. Seven candidates competed in Tuesday’s election.

The two will now square off in the August 10 special election for mayor.

10.9 percent of the city’s 47,585 registered voters took part in the special primary election.

The results as announced by Devin Montero, the city clerk, are as follows: 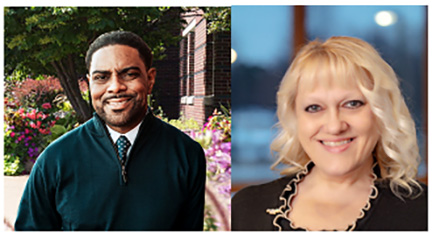 Jacobson who is a current member of the Brooklyn Park City Council said in an email message to Mshale “I am grateful for the trust placed in me to move onto the general election on August 10th. As a current city council member and a dedicated volunteer for over 30 years, I work hard each and every day to make Brooklyn Park a city that leads by example.”

In a Facebook post, Winston said “I want to extend a heartfelt thanks to all our voters, team, supporters and my family. This success is all of ours, and I am so excited for what we can accomplish over the next 5 months. Onward to August!”

This story has been updated to include reactions from the two top candidates.