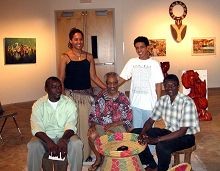 "I think it's more beneficial to be embraced by the audience of the Walker ( Art Center ) than it is to hang on the walls of the Walker," said photographer, Bill Cottman, responding to the idea of whether or not he'd like to see Africa , Daily Life art exhibit presented at a mainstream gallery.  Competent and resourceful, multimedia artist, Mimi Girma adds, "I think the Walker would be lucky to have this exhibit in their gallery." 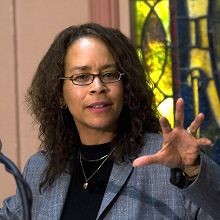 University News Service - May 18, 2006 0
University of Minnesota President Robert Bruininks and Provost Thomas Sullivan today named Darlyne Bailey the dean of the new College of Education and Human Development (CEHD). Her hiring is subject to Board of Regents approval. Bailey becomes both the first female dean and the first African-American dean of CEHD. She currently serves as vice president for academic affairs and dean of Teachers College, Columbia University. Bailey, a nationally recognized education leader, will start on Oct. 1.

Susan Budig - May 16, 2006 0
A group exhibit including paintings, sculpture, photography and artifacts highlighting daily life in African countries is on display at the Mira Gallery of the Instituto de Cultura y Educación in Minneapolis.

South African Woman in Quest to Bring Taste of Cape Town to U.S.A

Yumna McCann sat at home, missing her mother dearly. She wanted a taste of her mother’s cooking. She wanted something different than the American food she was trying to get accustomed to.

Two Films from Africa to Screen at Walker Art Center

The Walker Art Center in Minneapolis has announced its latest edition of Global Lens: Films from the Global Film Initiative. 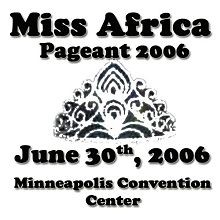 In Search of Miss Africa Minnesota

To hear Kenneth Wollack tell it, the is doing itself a disservice by not spending enough to spread democracy especially in Africa . The demand for assistance by civil society in Africa “far outstrips the resources the has allocated for such undertakings,” he said.

Swallehe Msuya - May 1, 2006 0
Minnesota immigrants, especially those from Africa, have come across Nimco Ahmed, the dynamic political activist who has dedicated her life to work for the improved welfare of people of color.

Shining a Light on Kenyan Girls

Pastor Bill Heib, from Riverside Ministry Center in Somerset, Wisconsin  says that the daughters of these Kenyan women are born with three strikes against them.  "They're born girls, they're born poor, and they're parentless."

Susan Budig - May 1, 2006 0
Dr. Mumbi Mwangi speaks of domesticity in Kenya as both encompassing motherhood as well as defining a woman's place in the home.  She doesn't have a problem with that.  The trouble begins, says Mwangi, with the idea that domesticity and motherhood are incompatible with education.

After one small store of 500 square feet, Edoh Akakpo has quickly become a major player in the African grocery store business in the Twin Cities. The jovial Mr. Akakpo, the owner of the African Market on Nicollet avenue, five blocks from the southern tip of downtown Minneapolis recently opened a second store in Brooklyn Park, the northwest suburb with a large concentration of the African immigrant middle class.