Film Review: Life, Above All

News Agencies Mshale Team - May 26, 2011 0
Recipient of a standing ovation at last year’s Cannes Film Festival, Oliver Schmitz’s Life, Above All is an occasionally affecting South African AIDS drama that is let down by a streak of shamelessly manipulative sentimentality.

New America Media - May 26, 2011 0
Knives, acid, fire and even surgery are some of the methods undocumented immigrants are using to erase their fingerprints and avoid incarceration. These desperate procedures, according to federal agencies and humanitarian activists, are increasing in the face of the advanced technology used to identify undocumented immigrants.

Over three million students graduate from U.S. high schools every year. Most get the opportunity to pursue a college degree, strive for their vocational goals, and reach for their American dream. According to the PEW Hispanic Center in Washington, D.C, however, approximately 65,000 youths do not get this opportunity because they are smeared with the inherited label of being illegal immigrants.

The woman who raised Barack Obama

If you want to hide, just cut your hair short, sing Hélène and Célia Faussart, aka Les Nubians, in the funky number, Afrodance, from their latest album, Nü Revolution. The Paris-born sisters will perform at the Dakota Jazz Club this Thursday and Friday evening with hair that is anything but short. 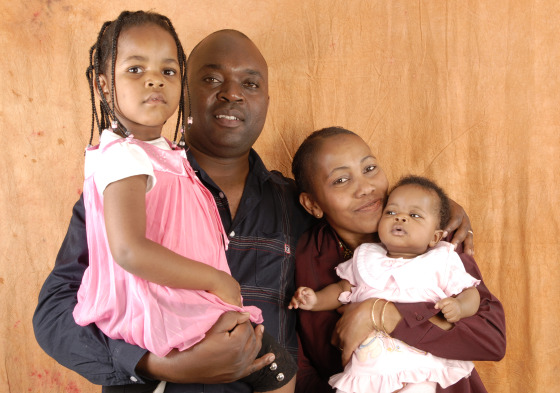 News Agencies Mshale Team - May 9, 2011 0
The number of middle class Africans has tripled over the last 30 years to 313 million people, or more than 34% of the continent's population, according to a new report from the African Development Bank (AfDB). The reasons for the increase in size and purchasing power of the African middle class include strong economic growth, and a move towards a stable, salaried job culture and away from traditional agricultural activities.

This is the advertisement that André (not his real name), a 21-year-old, posted on the Internet with his email address and cell phone numbers.