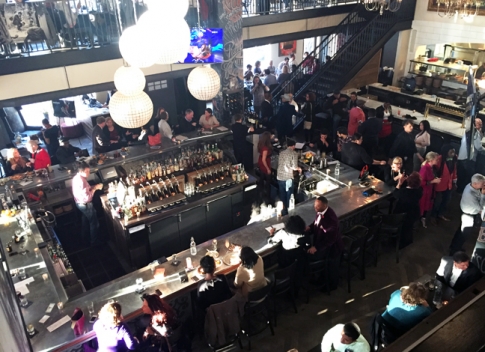 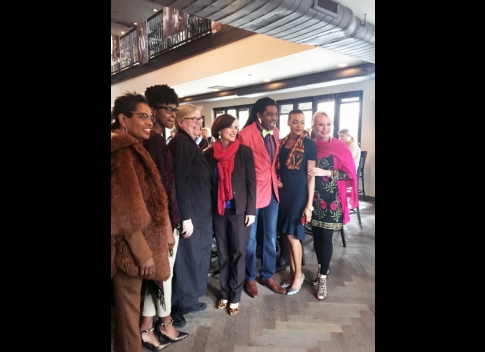 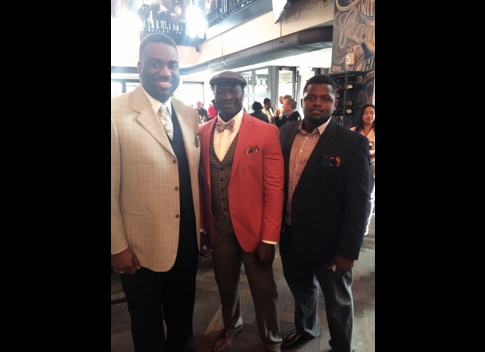 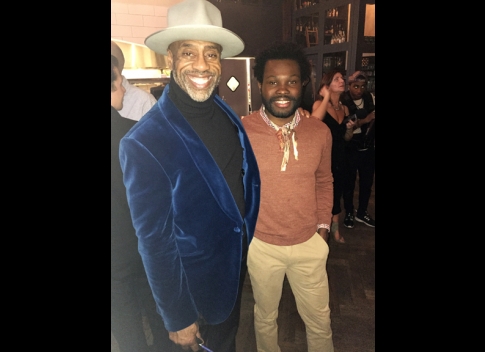 Spring comes in many colors in Minnesota and The Dandies Project latest book launch at Coup d’Etat was truly a spring affair not to be missed. The event brought together members of the art, fashion and business world in a one of a kind networking event at one of Uptown’s new hottest spots. The 2015 Dandies, along with some 2014 Dandies, were also on hand. Many of whom had brought their equally fashionable spouses. While there was no formal agenda, there was plenty to see, eat and do as the event occupied both floors of Coup d’Etat, with the magnanimous back dining room dedicated to a video streaming of interviews with the 2015 Dandies.

The 2015 Dandies Book, on sale for $30, was available to peruse at the front door, and the Dandy Cocktail which featured a delightful mix of bourbon matched with a honey profile can only be described as liquid gold. Host Richard Moody, of IAmMoody productions, whose brainchild the project is, was at once present everywhere with a hearty smile and a ready hand; eager to introduce the Twin Cities professional community of color to each other, in the hopes of building lasting connections.

I managed to sneak in an interview with Richard, and asked about his inspiration for the project, “The inspiration was working with a lot of young men of color and they all didn’t know each other, and I worked with them in freelance or fashion, or music, or education. I have my successes and I have people who can call me and ask if I can be at this event or the other, and I wanted to give it to the next generation. I wanted Minnesotans to call the next young brothers of color and go, “We need you to host, we need you to support this event, we need you to be on this board.” Then I realized, Minnesotans don’t know these young people and they didn’t know how to get in.”

Richard cites the need for a new generation of movers and doers within the Twin Cities community of color as his initial inspiration, which then merged with the men’s existing style, “They were all well dressed, bow-ties and ties. They were in their 20’s and 30’s, and they obviously were raised right, from good stock and I want to be around ‘good stock’.” While there is a resurgence of ‘dandy-ism’ within mainstream culture, for Richard his project “is about more than dress. It’s about education.” Richard hopes to inspire a new generation of young men of color to aspire for professional and personal success while dressing the part. He also sees the Dandies Project becoming more global in the future and spoke of upcoming collaborations with national and international artists from New York, Chicago, and continental Africa.

This year and last year’s Dandies however, already reflect Richard’s global vision; with Dandies from Nigeria, Liberia and Angola featured in the book. I spoke with 2014 Dandy, Amara Kamara, who was dressed the part, in a flat cap, bow-tie and salmon colored blazer, about his involvement in the project. Kamara, a fitness instructor from Liberia had nothing but praise for it, “There’s nothing I could have done better to give back to my community than being a part of this. It means a lot to me.” When asked what being a Dandy involves, he stated, “It’s about leadership, about presentation, to exemplify what you’re wearing as a person.”

Kamara also spoke of growing up in Liberia and watching African leaders who were well dressed, along with black American thought leaders like Malcom X and Martin Luther King, “I wanted to look like that. Their clothes spoke before they even opened their mouths. As an elder, what you portray is what the kids do, so we want to change that perception and especially the perception of the clothing of a black man and who we are as a person. We are representing our community and doing it with a sense of style. ”

Kamara’s mentee, and dandy-in-the-making, Mohammed Bangura, who I also interviewed agreed with this, “We don’t really have too many strong black males presently, or strong black images that youth can follow. So when you see that, you kind of want to gravitate towards it and see what it’s about.” For 2015 Dandy, jewelry maker, and Angola native, Francelino Henrique Zau, the appeal of being a dandy is about fashion, “When I came here to America, I saw all the people dressed so nicely and I said, “That’s what I want to do, that’s the way I want to dress.” Because when you show people who you are, people respect you more if you know how to pose yourself right.”

It was easy to get wrapped up in conversations about representation of black men in media, and the larger goals and visions of each Dandy and the project itself. I had to remind myself that the reason we were all here was for the book, which photographer Nick Gallop has been instrumental in producing both years. After a meeting with Richard Moody at Handsome Cycles, Gallop agreed to be part of the project and volunteered his studio and time for it. Gallop notes that while the first book featured in-studio photos, they wanted the 2015 book to show the Dandies in “their native environment,” outdoors and with a vintage feel to it. It was Gallop’s idea to take the photos from color to black and white this year, “I think it’s huge. It goes along with the whole idea of the project; to see past somebody’s skin color, and in this way, you take that out of the equation. So you’re seeing the person, not their skin color.”

Gallop and Moody are already looking forward to next year’s project and book feature, which they hope to launch in February 2016 in time for Black History Month. Interested participants would do best to get a copy of last year’s and this year’s book for style inspiration. The 2015 Dandies will now sit on The Dandies Project board and are responsible for vetting next year’s cohort, along with the charity to be supported. Calls for 2016 Dandies go out this fall, so keep your ears peeled and your style flawless.