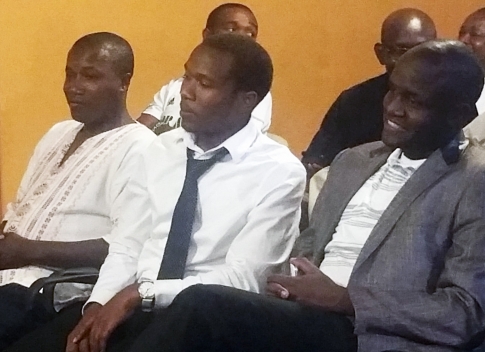 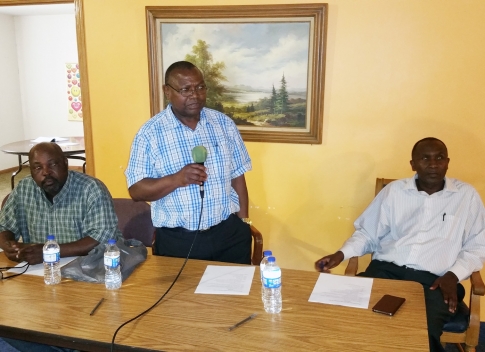 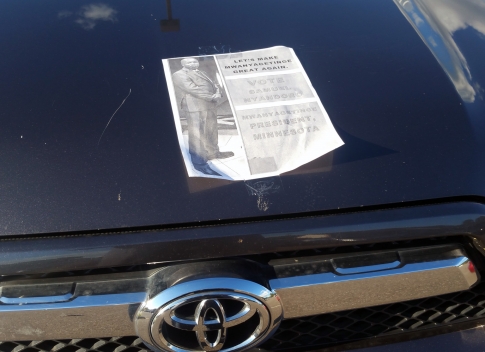 Incumbent president of the Mwanyagetinge Association of Kenyans in Minnesota, Geoffrey “Chui” Gichana, won reelection in a poorly attended but drama filled election on Saturday. The position of president is the only one that attracted a challenger. Sam Nyandoro, a retired US Army Specialist was running against the popular Gichana garnering 45% of the votes to the incumbent’s 54%.

The influential Mwanyagetinge predominantly draws its membership from those who hail from the Kisii and Nyamira counties in western Kenya and those who trace their heritage there. The Gusii community is the largest among Kenyans in Minnesota.

This year’s election encountered the same dilemma as the last one in 2014 where only the ‘sexy’ posts of president, vice-president and Secretary attracted candidates. Even those posts other than for president attracted only one candidate each, meaning there was no contest and the candidates were elected by default. Important positions such as that of Organizing Secretary and Treasurer were almost left unfilled after numerous declines by members to take them. Seth Gekonde and Alex Ongou had to be arm twisted to accept to be Organizing Secretary and Treasurer respectively. Ongou was practically shouted down by members when he repeatedly tried to decline the nomination. He was left shaking his head in disbelief as he shared a laugh with William Nyariki Otoyota, founder of the global Gusii Community Network (GUCONET).

Elected without opposition for vice-president was Joseph Bosire while Andrew Agwata went in unopposed as Secretary. The constitution also calls for three board members. Members were unable to fill them and were left vacant after repeated declines by those nominated from the floor. Members expressed a desire to use the three slots to diversify the all male elected team by adding a woman or two. There were only three women in attendance who all declined offers to fill them.

The member apathy facing Mwanyagetinge has been attributed to the center of power and energy being redirected to the burgeoning churches run by Kenyans also from the Gusii area and the clan-based organizing that has “sucked the oxygen out of Mwanyagetinge,” as one community member described the situation. One person who seemed encouraged by the election was John Osumo who was thrilled to see a much younger corps of community members seeking leadership.

The mercurial Nyandoro in a 5 minute speech to members before voting began accused Gichana of failing to deliver for the community and accused the outgoing leadership of mismanaging the organization’s affairs including closing its physical offices. When it was his turn to speak, Gichana corrected him that the organization still had a physical office only that it was relocated after the previous office building was sold by the landlord necessitating a move. “So Mwanyagetinge still has offices,” Gichana said during his 5 minute speech to members.

Voting went on relatively smoothly and the totals announced by the elections team led by its chairman Tom Motanya when pandemonium broke lose as one of the community leaders, Lilian Mogendi was about to say closing prayers. The defeated Nyandoro and his supporters loudly stormed the venue alleging the results had been rigged.”We have proof,” they shouted in both English and Kisii. As the situation threatened to get out of hand, members were able to prevail on Nyandoro and his supporters to file an official protest.

Elections chair Tom Motanya confirmed that Nyandoro has officially filed a petition protesting the election outcome. The petition which was also sent to Mshale by Mr. Nyandoro claims that the election was not free and fair. It also levels accusations of partiality by the Motanya team specifically pointing out Commissioner David Ombuna as openly encouraging members to vote for Gichana. “We have overwhelming evidence,” the written petition says.

The petition calls for a rerun of the election. “I am therefore demanding that Mwanyagetinge election be repeated in a fair and free environment so that all members can be satisfied and join hands in building our own community organization,” Nyandoro says in the petition to the Motanya commission.

Nyandoro also claims more votes were counted than there were registered members, a clear violation of the rules that should render some of the ballots invalid.

In a telephone interview, Motanya acknowledged that his election team had received the petition and that it was being reviewed. Members of the elections team include David Ombuna, Sam Ogoro, Evans Onkwani, Dominic Mekenye, John Makori, David Bichanga and Naomi Kerongo. Motanya said that the elections results that were announced at the venue were uncertified as that is usually done at a later time. “We expect to make an announcement this weekend after the elections team has met,” Motanya said.

The urbane Gichana, who had earlier indicated he will not seek reelection to focus on his family, said “I was prevailed upon to run.” He admitted he was surprised by the accusations of rigging from Nyandoro but will let the process run its course “I look forward to serving the community,” he said.