U.S. Plans to Deport All Undocumented by 2012

SAN FRANCISCO -- Recent nets cast by Immigration and Customs Enforcement (ICE) captured hundreds of undocumented immigrants at worksites nationwide. In their wake, say immigrant rights advocates, family members and attorneys for those arrested struggle to find their loved ones and clients. As ICE expands, though, so will the deportations, the so-called "golden measure" of its success.

The African press is hailing the coalition of South African humanrights groups, media, unions and judiciary who defied their governmentand prevented the offloading of arms destined for Zimbabwe. The shiphas now been recalled to China.

BROOKLYN CENTER, Minn. – Sarah G. Swen walks to the courtesy telephone mounted on the wall in the hallway outside her classroom and pulls a small phonebook from her purse. The number she is looking for is scribbled in large print covering most of the 3-inch by 5-inch page. 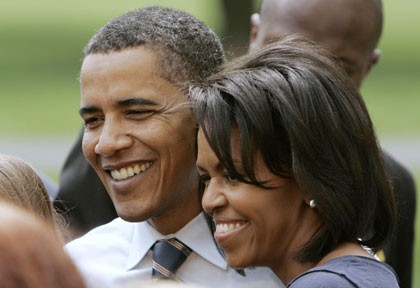 Hillary Clinton, buoyed by a strong turnout of women and older voters, earned another must-win victory Tuesday in the bitterly contested Democratic primary in Pennsylvania.

Minnesota Minorities Here to Stay but not Home Yet

Minnesota’s face has indeed changed demographically since its founding 150 years ago, but the statestill lags behind in the area of equality and social justice, University ofMinnesota scholars said at a sesquicentennial celebration yesterday.

New High School on the Block

MINNEAPOLIS – A normal American high school student wishing to take ajob may be doing so only to earn a few dollars for a movie with agirlfriend or to buy a cool gadget like an iPod. You might see such ateenager flipping burgers at the local fast food eatery, or bagginggroceries and pushing carts at the supermarket. It is almost unheard ofto find a high school student clad in a suit and tie going to work at abank or a similar job. But that is exactly what the students of CristoRey Jesuit High School do.

On Amie Dibba's last trip to her home country of The Gambia she stumbled across a familiar land and a familiar tune. Dibba frequently heard the polyphonic version of her favorite song “African King” - the song that she wrote for her Child of Africa album had morphed into a popular cell phone ringtone. Those bobbing their heads to the catchy R & B/Reggae beat did not recognize Dibba's face, but that was temporary. A couple years and awards later, Amie Dibba's voice and face are recognizable to her fans in The Gambia, the United States, and everywhere in between.

Sam Sam Ahmed, aka Nargis and her teenage daughter – all first-time actresses – tell the story of an African immigrant mother’s fight to keep her family together.

A movie highlighting the struggles a Somali mother to provide for her two teenage daughters and a husband stuck in East Africa is coming to the Minneapolis/St.Paul International Film Festival beginning this month.

Mshale Staff - April 1, 2008 0
BLOOMINGTON, Minn. – A pre-screening and panel discussion of the public television film  Iron Ladies of Liberia  left many in the audience of about 125 people, some with ties to the country which the film portrayed, inspired, motivated and hopeful for the future of a nation that has experienced tremendous strife in recent years.
12Page 1 of 2