Tom Gitaa - March 30, 2012 0
The call came through around 2pm last Friday. I was on a conference call with a client so I let it go to voicemail. It was Wynfred Russell. He is the executive director of ACER (African Career, Education & Resource, Inc.), a Brooklyn Park nonprofit. He was reminding me the next day was the daylong tour of the proposed Bottineau transitway. I had it in my calendar but for some reason I had assumed it was on a weekday and not a weekend. I normally run two marathons during the year and practice season is in high gear around this time of year.

Two headliner shows in mid-April: Seun Kuti at The Cedar on April 14th and Vieux Farka

Touré at the Dakota Jazz Bar on April 16th.

George "Jojo" Ndege - March 27, 2012 0
Hot chicks, pimped-out rides, MTV cribs, $300 sneakers, fame, and fortune as portrayed on American Rap videos is a life many aspiring rappers dream about. The “cheddar” as money is sometimes referred to in Rap lingua,is so plentiful, it sometimes rains from above.

Announcing The Passing Away of Chief (Dr.) Inyang

Mshale Staff - March 26, 2012 0
With sadness, but with total submission to the will of God, we announce the passing unto glory of Chief Samuel Akpan Inyang.

World Tuberculosis day is on March 24

New America Media - March 22, 2012 0
A rule change designed to decrease the time some undocumented immigrants spend away from their families could be implemented by the end of this calendar year, U.S. Citizenship and Immigration Services (USCIS) Director Alejandro Mayorkas said Thursday. 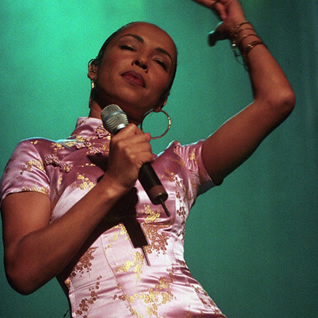 Sade is a Top 10 music earner

Orders for Protection, Requesting a Hearing and What You Need to Know

Obi Chukwu - March 13, 2012 0
Orders for Protection are generally orders to protect people who are victims of domestic abuse or are at risk of being further victimized. Domestic abuse is defined as any of the following conducts between family or household members: actual physical harm, bodily injury, assault, fear of imminent physical harm, bodily injury or assault, terroristic threats, criminal sexual conduct, or interference with an emergency call.

Mshale Staff - March 13, 2012 0
Forbes has released its list of the world’s billionaires and six black people appear on it. Five of the six are from Africa, or have strong roots there. Only one is American and it is media magnate Oprah and she is the only black female on the list.

Gay Ugandan fears for his life if deported