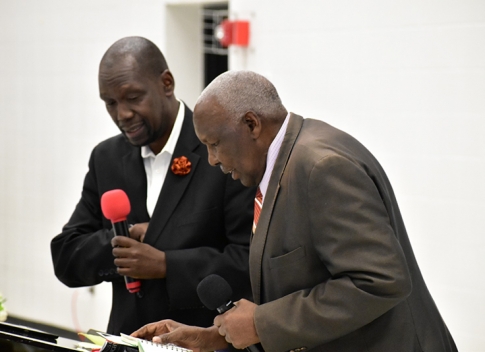 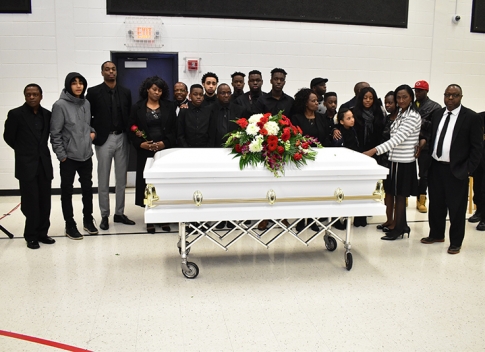 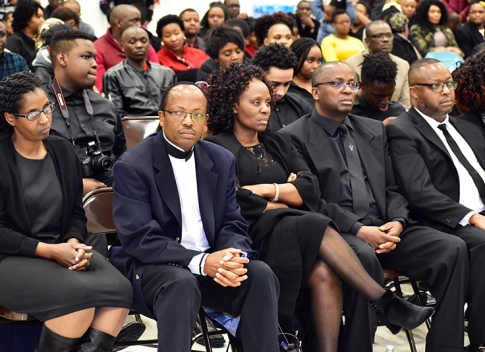 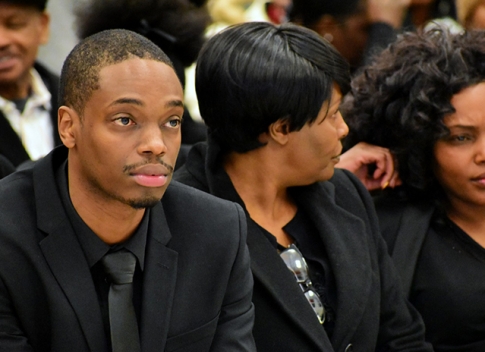 BROOKLYN PARK, Minn. – A late Kenyan-American Minnesota businessman who died in his sleep was remembered as a “visionary” by family and friends during an open-casket public memorial service on Sunday.

Over two hundred people, including over a dozen from his previous states of residence in Texas and Arizona, gathered Sunday to honor Erastus Ondieki Onchwari who they described as not just a visionary, but a loving family man that was generous with time and advice.

The service was held Sunday at the Park Center High School gymnasium where Destiny Faith Ministries holds weekly services, a location convenient to the sprawling Kenyan community in the northwest suburbs. The 58-year-old Onchwari was among the first Kenyans in the state to start a multi-generational business that he was able to pass on to his daughter.

Family and friends took turns saying goodbye to the Onchwari in their own special ways. They spoke from a podium just a few feet away from his open casket, where he lay dressed in a tailored light brown suit, an ode to his sartorial prowess. An arrangement of flowers adorned the bottom half of the casket, whose gold trimming shined and sparkled under the bright gymnasium lights.

The Kenyan Community SDA Church choir offered a selection based on Jesus’ Parable of the Ten Virgins while retired pastor, John Manani, who for years preached by crisscrossing the Gusii highlands where most of the Kenyans in Minnesota are from, delivered a well-received sermon in Ekegusii, the language of the majority of Kenyans in the state. Pastor Mokua of United SDA Church translated for the benefit of non-Gusii speakers.

The selection by the family, and the organizing committee, under the chairmanship of Ben Muko to have pastor John Manani offer the sermon turned out to be the antidote to the solemn occasion. The mourners, mostly Kenyan-Americans, appeared still stunned with the passing of Onchwari without much warning.

Manani’s sermon delivery in Ekegusii was biblical in a hilarious fashion, sticking true to the word in the bible but parsing his message with witty Gusii expressions that despite pastor Mokua’s solid translation skills, some expressions just could not translate. He had the mourners in prolonged laughter at many a time.

Part preaching and part social commentary, Manani’s sermon was one for the ages. At one point as he preached, he called the late Onchwari’s two children, Judith and Michael, to the front.

“Are you married,” he asked Onchwari’s son in Ekegusii to which the son replied in the negative. “Then you are late, you need to get married soon.”

He said according to the culture of the Abagusii, Erastus is not dead since he was blessed with children and thus lives through them “that is why you (mike) should marry so that the lineage continues.”

God is the only one that knows how long one will live, the pastor said, warning them not to take life for granted. He said in Job 14, the bible says the world is “full of evil and our days are numbered.”

Smiling at the congregants, he said “Even I who is ninety sometimes I find myself asking God if he can give me another ten so I can make it to one hundred,” as the gymnasium erupted in laughter.

He also admonished the planning committee for only allowing one woman to the podium to pay tribute to the late Onchwari. “Don’t you know without a woman you will not be here?” he asked, as the crowd roared in approval. Other than the one woman allowed to give tribute, earlier, Pastor Mokua had also invited Pastor Zipporah Bogonko of International Outreach Center to offer the prayers before the sermon.

“I will leave that one alone however, as we are not focusing on that today” pastor Manani said as he moved on to preach from the book of Job and Psalms.

Onchwari’s youngest sibling, Hezron Onchwari, broke into tears as he described a brother dedicated to nurturing and keeping his immediate and extended family united, even as he spread out to serve the community. He recalled his brother once hosting a Christmas party and Hezron brought his now wife Irene, that he was dating at the time and the advice his older brother gave him.

“Since that advice he gave me, telling me I have a good woman I have been with Irene for 22 years” Hezron said, providing some of the few lighter moments in the somber occasion as the crowd laughed out loud. “He helped me get married, I don’t know where I would be without him.”

Gideon Onchwari, another brother of the late Erastus, when it was his turn to speak praised Damaris, the ex-wife to the deceased who was seated in the front row with Judith and Michael, the two children they conceived during their marriage.

“We are here because of this woman, if she had behaved like other women I know, there is no way we would have made it to America, she sacrificed a lot,” an emotional Gideon said. He said Damaris made the ultimate sacrifice in allowing their late brother to house them while they settled into their new country.

When it was Damaris’ turn to speak, she said “Erastus did not just for success for himself or his family, he wanted it for the whole community. If he could be here right now, he would be asking why all these speeches when there is work to be done. He was a great man.” Onchwari, she added, wanted a prosperous Kenyan community.

At the time of his death, Onchwari was engaged to Dorothy Mckaney-Scott who was also given an opportunity by the master of ceremony, Henry Mogire, to remember the man she described as a partner and “more than just a businessman that I am honored to have known and loved.”

Onchwari’s business acumen, vision and concern for others gained him respect among colleagues and his community, his family and friends said Sunday. Onchwari loved community building and would take every opportunity he would get to interact with it even if it meant taking his young children along, according to son Michael.

“one of the attributes I really appreciate about my dad is that he was futuristic, like me. He moved across continents to America to find a better life for his family,” his emotional son Michael said as he took a few pauses to compose himself. “That means he had big dreams.”

“One thing I hope for myself is that I can pull something off with such a magnitude. His dreams and efforts impacted a lot of people in here and I hope to do the same,” said Michael.

Erastus Onchwari will be laid to rest at his place of birth in Kisii, Kenya.