Nelima Kerre - Mshale Staff Writer - March 12, 2006 0
MINNEAPOLIS, March 12 - Her entrance into the University of Minnesota’s Cowles Auditorium was greeted with ululation from some Kenyan women and cheers from the rest of the audience.  Smiling and saying thank-you, Prof. Maathai worked her way down to the podium.

DECORAH, Iowa - Nobel peace prize laureate Dr. Wangari Maathai today said citizens of the world should hold those in power accountable for their actions towards the environment if we are to preserve the environment for future generations. She gave the example of Americans who despite their government’s refusal to sign the Kyoto treaty have with actions of their own embraced the spirit of the treaty.

Avian Influenza Pandemic Will Deepen the Health Crisis in Africa

Ismail Lagardien - March 1, 2006 0
With the discovery of the H5N1 (Asian, or “bird” Flu) virus in three northern provinces of Nigeria in February, Africans may face one of the most serious continent-wide threats in recent history. If it spreads beyond Nigeria, the virus – which is expected to destroy food crops (mainly poultry) and reduce productivity – can, coupled with impact of HIV/Aids and rampant Tuberculosis in Africa, destroy families and communities in a way that has not been witnessed in Africa in decades. 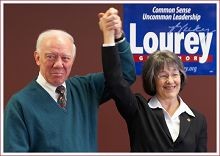 Swallehe Msuya - March 1, 2006 0
It is official, Becky Lourey is running for Governor of Minnesota. She made this announcement to Green Party friends and well-wishers at a House Party held at the residence of former Minneapolis mayoral candidate Farheen Hakeem on Friday, February 10.

Go Tell it on Da Mountain

We began the final trek up Mount Kilimanjaro at midnight. Up the last 6000-plus feet to the rooftop of Africa. Up the sheer slope along a zigzagging path of scree and volcanic rock to Uhuru Peak. 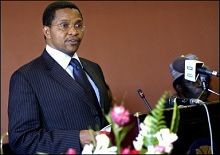 Jakaya Kikwete is Tanzania’s President of the People

Swallehe Msuya - March 1, 2006 0
Tanzania’s Fourth President, Jakaya Mrisho Kikwete who took office after last November’s landslide election victory is a man of the people who combines the wisdom and vision of Nyerere and the liberalization stances of the economy of Mwinyi and Mkapa.

Agencies - March 1, 2006 0
Minneapolis - On a cold February afternoon, more than 650 visitors paraded through the hallways and offices of the new Center for Families to check out the newest innovation in North Minneapolis created to help struggling families succeed. 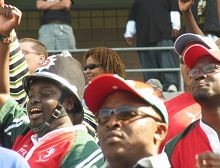