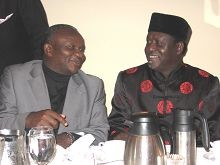 Julia N. Opoti - February 26, 2007 2
Kenyan opposition leaders have accused the administration of President Mwai Kibaki of enabling the soaring crime rate in the country as it delays issuing national identity cards to eligible youth. This has had the effect of hindering the security forces ability to track down criminals. 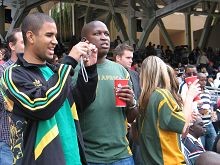 SAN DIEGO, Calif.—The South Africans’ day at the U.S.A Sevens began brighter than the sunny Saturday in San Diego. They thrashed Portugal, 33-0 in their first game of the tournament, with five of their players scoring a try each. 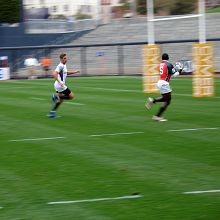 SAN DIEGO, Calif.—Kenya started the first day of the U.S.A Sevens competition with a 14-26 loss to England. Kenya’s coach, Benjamin Ayimbe said he knew why. 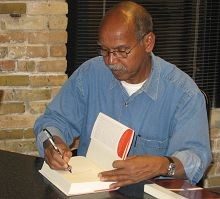 “Literature opens our eyes to the uplifting of human dignity,” were Nuruddin Farah’s opening remarks, as he prepared to read a passage from his latest novel, Knots, to a full house at the Loft Literary Center in Minneapolis.

Julia N. Opoti - February 9, 2007 0
When Rita Apaloo moved to the US, she began to feel the stresses that are experienced by most immigrants. As she interacted with fellow African women, she realized that her experiences were not in isolation. Thus the birth of African Women Connect (AWC), in 2004.

The annual rugby tournament that is also a festival of Kenyans, U.S.A Sevens, begins this Saturday in its new home in San Diego, Calif.

Ten o'clock on Saturday night at the Blue Nile in Minneapolis comes and goes.  Some of the band members of Jabali Afrika mill around like studs on a street corner - arms crossing their chests, hands tucked under their armpits.

none - February 8, 2007 0
The effects of the Great Warming are not fairly shared. Fourteen percent of the world's population lives in the 57 countries on the African continent.
12Page 1 of 2